15 June, 2020, Turkey again bombed Sinjar, Iraq in a targeted and intended strike against the Yazidi’s. In one night Turkey bombed the survivors of a genocide 8 times. It is likely that a hospital was deliberately hit 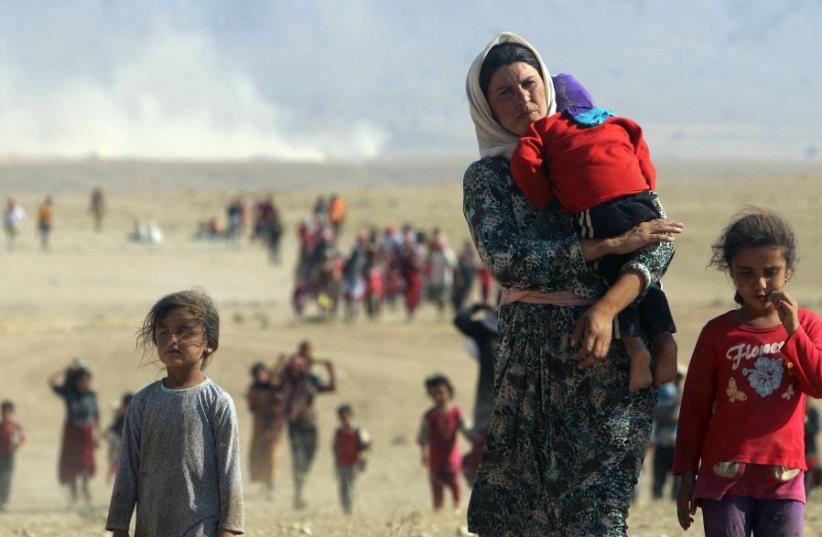 It is well known that the Yazidi religious community is the oldest religion in Mesopotamia. The Islamic State attacked the Yazidi religious community on August 3, 2014, and a cruel genocide was carried out. After this genocide, we Yezidis decided to found our own self-governing forces and fight against IS. Since we received no help at the beginning and afterwards and were left defenseless to the IS by the local armed forces. We then founded YBS, the self-governing armed forces of Sinjar, on January 14, 2015. To date and the liberation of Sinjar, we have lost hundreds of Yezidi men and women in the fight against IS.

We however refuse to become Turkish proxies! That is why Turkey bombs us and calls us ‘PKK’. The US confirmed officially that the PKK left Sinjar. The YBŞ is part of the Iraqi army. All the world knows that Erdogan is a dictator who calls everyone ‘PKK’ or ‘terrorist’ who says ‘no’ to Erdogan. We continue even now to say ‘no’ to Erdogan. We will not become his subjects under his control.

The Turkish state repeatedly attacks the Sinjar region and bombs the YBS positions. Based on these facts, there is no doubt that the Turkish government wants to continue the genocide of the Yazidis religion and empty the Sinjar region. Turkey wants to force all ethnicities and religious groups to become its proxies and servants. We refuse that and that is why Turkey decided to wipe us out.

We appeal once again to the United States, which controls Iraqi airspace, to stop Turkey from attacking the Yazidis. In the five previous Turkish attacks since October 2019, many civilians have already been killed and injured. The Yazidis pose no threat to Turkey. Nevertheless, the Yazidis are exposed to the attacks of the Turkish state without protection. It is incomprehensible to us Yezidis why the international public silently accepts the attacks by the Turkish state and does not stop their NATO partner in his violations of human rights.

We call on the United States to close Northern Iraqi airspace, particularly around the Sinjar region, with immediate effect for the Turkish state to stop Turkish air strikes. We expect a written confirmation of this measure. And emphasize again that we are not a threat to Turkey, nor to any other country or religion. There is simply no justification for this Turkish agression against us!