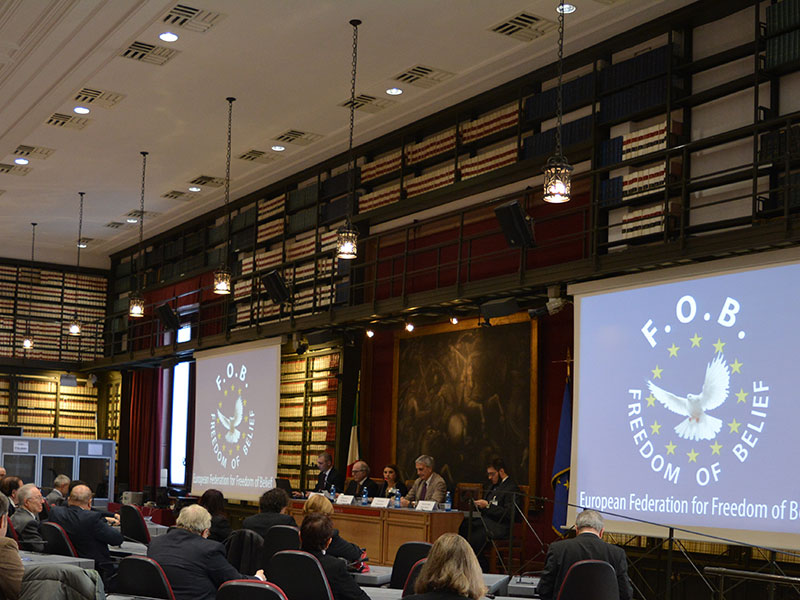 Where do we stand with the French “anti-sect” model?

I would first like to thank the European Platform for Freedom of Belief for inviting me to this conference. The association I represent, CAP Freedom of Conscience, has existed since 2000. It was created by groups and individuals who have decided to defend their right to freedom of conscience. We have different ways of action: information through our website, publication of brochures, the defense of people discriminated against for their beliefs through a network of lawyers, and conferences. We are also working with European and international bodies to denounce the French policy regarding the spiritual minorities.

In 1977, thanks to a grant by the Ministry of Health, local Adfisgathered into a national association Unadfi (National Union of associations for the defense of families and individuals) and the National Union began its lobby work with government and media.

Please note that Unadfiwas born from a government grant and has been living for 38 years out of these public subsidies.

The suicide of “Peoples’ Temple” [in Guyana]in 1978 had an international echo and this was  an opportunity for Unadfi to highlight the dangers of “sects” and the risks they would “make the population at.”

Unadfi multiplies the “cases” involving religious minorities. In 1982, it’s the case “Claire Chateau”, a young Moonistkidnapped by her parents to undergo a method coming from the United States, “deprogramming”. The case will outrage the media and Mrs. Simone Veil,then Minister of Health, strongly criticized this method. You should know that Mrs Veil is a survivor from the Nazi concentration camps.

“Deprogramming” was abandoned by Unadfi, the case of Claire Chateau is the only case known in France.

Returning to 1982, one of the ideologists of the theory of mental manipulation, Colonel Morin, published his book “Sectarus” in which he wrote: “As long as there is no similar case in France to that of Guyana, we can be certain that this text proposed to Parliament will not obtain the consent of MPs and senators.” [It will take a little longer than 10 years before this “case” takes place.]

Finally, Unadfi will get in 1983 the first Parliamentary report on sects. The report’s author is MP Alain Vivien, who will become the president of CCMM – funded by public funds – and in 1998 the first President of the MILS (Interministerial Mission of Fight against Sects).

In 1984 Unadfi will create FECRIS. This European Federation, also funded since its creation by the French government, will serve as a lobby for the French policy “of fight against cults” to the European institutions. Fecris will getin 2005 its NGO status to the Council of Europe and in 2009 to the United Nations. It is noteworthy that Fecris is a non-governmental organization 100% funded by the French government.

The 90’s will be extremely important in the rise of anti-cult associations.

In 1994, members of the OTS (Order of the Solar Temple) commit suicide in Canada and Switzerland. Unadfi gets the first Parliamentary enquiry in 1995. The report of the parliamentary committee establishes a list of 172 groups classified as “sects”. This black list will be condemned in Europe and in the United States. Late 1995, this time in France, members of the OTS “commit suicide”. The media, under the influence of Unadfi, are going to confuse religious minorities targeted by the parliamentary report and the “collective suicide of the OTS.” In summary, sects are a danger to society and to individuals.

In 1996, Prime Minister Alain Juppéestablishes the Observatory of sects and in 1998, the MILS is established.

In 2001, “thanks” to the OTS, Unadfi and MILS get the About-Picard law passed.
Finally, Colonel Morin’s prophecy, as written in his book “Sectarus”, comes true: “As long as there is no similar case in France to that of Guyana, we can be certain that this text proposed to Parliament will not obtain the consent of MPs and senators.”
The OTS case will be that case similar to Guyana.

In 2011, some MPs organized a symposium to celebrate the ten yearsof theso-called About-Picard law.The result of ten years of implementing this law against religious minorities: only one single case decided and less than a dozen court cases pending. Such was the result of the law in 2011.

After the vote on the About-Picard law and the establishment of MIVILUDES, we see a hardening of the fight against sects.

Miviludes and Unadfiget involved in the Judiciary National School to train the judicial staff on “sectarian abuses”. A special police unit is created to conduct investigations regarding “sects” or “sectarian abuses”. Miviludes sets up on its website a page for alerts on “abuses.”

Now where are we today with the French model of the anti-cult fight?

In 2011, the ECHR ruled against France in a case regarding Jehovah’s Witnesses.
In 2012, three other associations obtained a condemnation of France by the ECHR.
In 2014, MIVILUDES has failed in their attempt to establish a European Miviludes to the Parliamentary Assembly of the Council of Europe.

Government funding to anti-cult associations are decreasing year after year.
Miviludesmakes every effort to continue to exist by extending the scope of “sectarian abuses” to alternative therapies. There was even a new Senate Commission on Sects and Health.

The last attempt for the “French model” to exist is to link the recruitment methods of terrorists who claim belonging to Islam to sects’ methods.

Terrorists would be indoctrinated with the same methods as used by groups that France labels as “sects”.

Once again, like for the People’s Temple, Wacco, the “sect” Aum with the attack in the Tokyo subway, and the OTS, the anti-cult lobby uses the horror of the terrorist attacks which hit France in January and in November, to continue to receive their public funds and to spread their message of fear against spiritual minorities.

In conclusion, the anti-cult lobby in France is weakening. There is still some way to go until spiritual minorities are recognized as such. But the recent years show us that our action and other like-minded associations’ actions, who lead the same fight, are paying off.