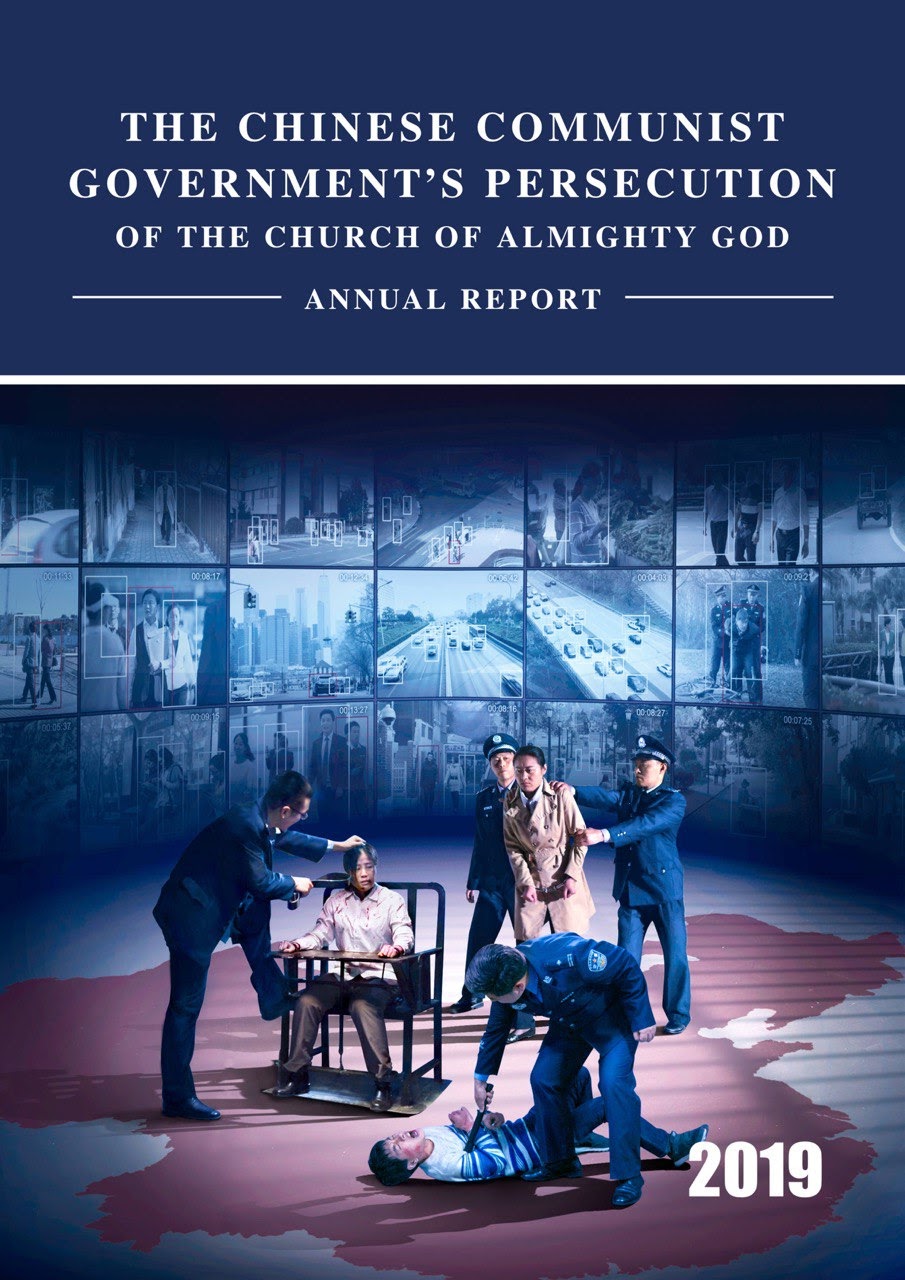 New York, January 31, 2020 – The Church of Almighty God (CAG) today released its 2019 annual report, covering details on the CCP government’s ongoing brutal, inhumane oppression of CAG. In the past year, the CCP arrested 6,132 church members and at least 19 died in custody or as a result of the persecution.

The Church of Almighty God is a new Christian church in China. Since its establishment in 1991, it has been systematically persecuted. According to incomplete statistics, in 2019, at least 32,815 CAG Christians were persecuted in various forms by the authorities simply because of their belief and their engagement in such normal church activities as attending gatherings and preaching the gospel. Among them, 3,824 members suffered torture and forced indoctrination; 19 members were either tortured to death or died for the consequences of the persecution. The report also evidences that the persecution significantly increased in 2019 with respect to 2018.

There are some 4 million CAG members in China and some 5,000 CAG refugees in democratic countries, where the CCP continues to pressure governments not to grant asylum to them. On February 5, several NGOs including Advocates for Public Interest Law (APIL) from South Korea, and Human Rights Without Frontiers International and Forum for Religious Freedom Europe (FOREF Europe) from Europe will hold a joint press conference in front of the Chinese embassy in South Korea in support of CAG refugees. Parallel events will be organized in Germany, Italy, and France.

Ms. Zou Demei, a former leader of the CAG in four Chinese provinces who managed to escape to the United States, said, “Those of us who were compelled to return to China were immediately arrested and sentenced to heavy jail terms, or ‘disappeared’ into the deep Chinese concentration camp system, never to reappear. We call on all democratic countries to generously welcome our refugees, and to publicly denounce the persecution of CAG, and of all religions, in Xi Jinping’s China.”

For more information, please visit the website of The Church of Almighty God.