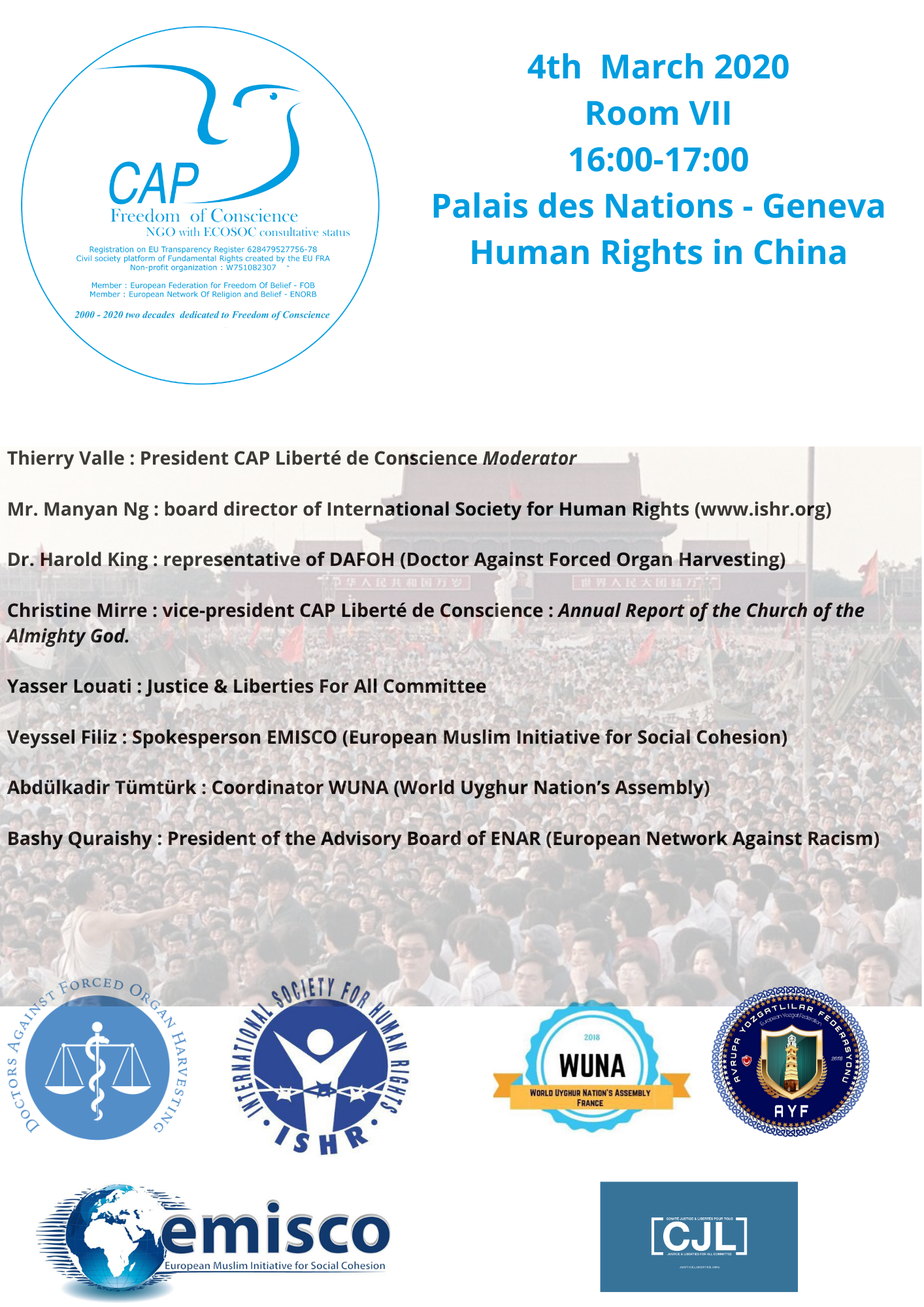 On March 4, 2020, on the sidelines of the Human Rights Council, a conference on Human Rights in the People’s Republic of China. 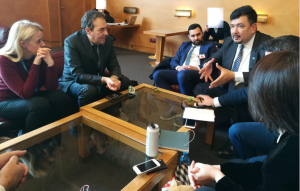 On March 3, the HRC Secretariat announced that all side-events were canceled due to the COVID-19 epidemic.

Despite the cancellation, conference speakers met at the United Nations to make their voices heard on human rights concerns in the People’s Republic of China.

Mr. Manyan Ng (International Society for Human Rights) was to introduce us the 70 years long history of the People’s Republic of China is a history of persecution. Dissidents in all walks of life have been targeted groups of persecution. Communities of faith such as Tibetans Buddhists, Islamic Uyghur’s, House Christians and Falun Gong all suﬀered from brutal and cruel persecution under the tyranny of the Chinese communist party.

Dr. King had come to answer the following questions :

Christine Mirre (speech) vice-president CAP Freedom of Conscience presented the annual report of the persecutions undergone by the members of the Church of Almighty God.

Ms Mirre enlighted that In 2019, the People’s Republic of China continued to ramp up its efforts to persecute the CAG. According to incomplete statistics, 32 815 CAG Christians were directly persecuted by the autorities simply because of their belief in Almighty God and their engagement in such normal church activities as attending gatherings and preaching the gospel.

Abdülkadir Tümtürk would like to bring the attention to the suffering of Uygur people who have lived for centuries in their home country, More than 1 million Uyghurs have been brutally and forcefully detained and brainwashed by People’s Republic of China authorities!

EMISCO (European Muslim Initiative for Social Cohesion) spokesperson M. Veysel Filiz denounced human rights violations around the world and expressed particular concern about what is happening in India and the People’s Republic of China towards ethnic and religious minorities. Emisco receives many alarming testimonies of what is happening in particular in Xinjiang.

1 Infringement of cultural and religious rights

2 the psychological pressure exerted on families and women to respect by force the doctrine of the Chinese Communist Party.

3 Emisco requests that the People’s Republic of China accept the visit of independent UN rapporteurs to clarify the situation on the ground.

Ms Marion Chen (video)President of Our Future House was also among us to give us her testimony on the persecution that members of Falun Gong are suffering in the People’s Republic of China.