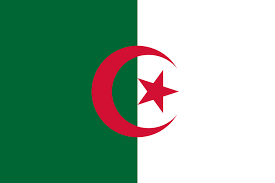 WASHINGTON, D.C., 19 October 2021 – As USCIRF releases its latest country update on Algeria, Jubilee Campaign together with 18 other human rights organizations call on the co-Chairs of the Tom Lantos Human Rights Commission to work for the release of the Algerian religious prisoner of  conscience Hamid Soudad and the religious freedom and human rights situation in Algeria in general.

In January 2021 authorities both arrested and sentenced Mr. Soudad within two days of each other, to five years in prison for sharing a Facebook post from 2018, depicting Muhammed pushing a pram carrying his wife Aisha. The letter notes that the delay of over two years to raise charges against Mr. Soudad for the alleged harm incurred and the disproportional five-year prison sentence all point to the arbitrary nature of the arrest and the authorities’ clear persecution of Mr. Soudad solely on the grounds of his religious conversion and membership in the Protestant Church of Algeria, as reflected in the court judgement.

The letter also cites the wider religious freedom issues and human rights concerns in Algeria. Most notably the arbitrary arrest of Algerian Christian convert and political activist, Slimane Bouhafs – a UNHCR recognized refugee in Tunisia who in August 2021 became a victim of enforced disappearance and cross-border abduction into Algeria. The Algerian authorities are now charging him with terrorism-related charges for his activism and for alleged blasphemy. In light of the Algerian governments’ increased arrests and detentions of individuals on the grounds of their religion or belief, often via blasphemy charges, their closure of houses of worship; and the Algerian governors’ disregard for court rulings that favor minorities, the letter urges the co-Chairs of the Tom Lantos Human Rights Commission to call on the State Department to designate Algeria as a Country of Particular Concern (CPC). The letter references H. Res 512 in favor of this appeal, which concludes that countries that apply blasphemy laws should be designated as a CPC.

You can read the full letter here