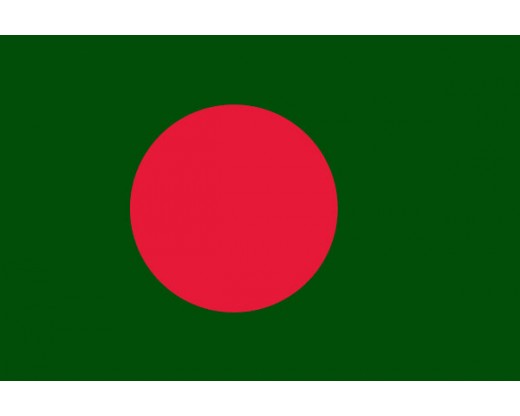 With deep sorrow and sadness this is to inform you all that a dead body of a newborn of only three days of age was thrown out by a group of Muslim clerics from a grave just after a few hours of burial. This brutish act was committed because the child was born in an Ahmadi family in Ghatura village, District Brahmanbaria. It was a baby girl born on 7th July, 2020 at a hospital in Brahmanbaria town, Bangladesh.

She was born prematurely and could not survive for more than three days and died on 9th July. She was buried at the local government graveyard, where Muslims of all sects including Ahmadi Muslims had been buried for many many years without any obstacle. But this time, immediately after the burial of the newborn, a group of Muslim clerics started agitating people that Ahmadis should not be allowed to be buried in the same graveyard as other Muslims. The clerics incited people to gather at the graveyard to protest against the burial of the child there. Within a short period, a group of foul mouthed people gathered and started chanting Anti-Ahmadiyya slogans and threw away the dead body of the child out
on the street.

At this point, police was called to reach at the location. Shockingly, the police took no action against the hooligans and forced the bereaved family and the other local Ahmadis to take away the dead body and bury it elsewhere.

Any sane human being would be horrified at such brutal treatment of a child’s dead body. The worst to believe is that the law enforcing authorities bowed down to the clerics and actually facilitated their evil actions without taking any notice of the heinous crime against humanity they had committed We, therefore appeal to you to take up this matter with the government of Bangladesh to take action against the ring leaders of such terrifying behaviour and ensure that justice remains absolute for all without any sort of distinction or discrimination particularly based on religious prejudice or hatred.