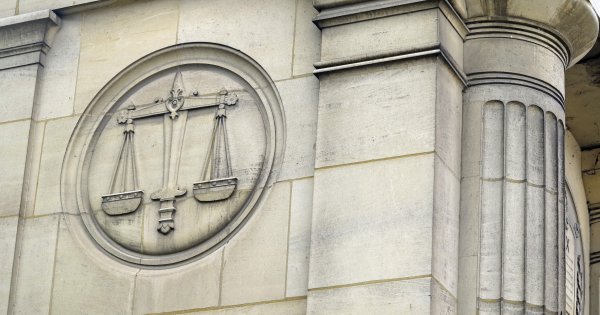 Anti-cult organisations UNADFI and CCMM, the controversial state anti-cult institution MIVILUDES and George Fenech (a magistrate, former president of MIVILUDES and MP of the LR opposition party) misled the Minister in charge of citizenship, Marlène Schiappa, about the alleged danger posed by a prayer group.

HRWF (23.11.2020) – In mid-November, a court in Metz dismissed the charge of abuse of weakness in a case involving two of the five sons of a 60-year-old and a traditionalist Catholic prayer group, called ‘Eglise de Philadelphie’ or ‘Le Jardin’. They were accusing this group of abusing their father to extort his savings.

These two sons alleged that their father, Jean-Michel Brenner, lost touch with reality after their mother’s death three years ago, and claimed that he sold the family house and then transferred the proceeds to the ‘Eglise de Philadelphie’ prayer group. However, their father denied having ever been a member of that group. He was quoted as saying to the judge in the 19 November issue of France Bleu: ‘My wife was close to the “Eglise de Philadelphie” but there was never any plan to give any money to Christine and Geneviève Dupont de Ligonnès. The money from the sale of our house was used to reimburse loans taken out for the school studies of our children’. He now wants to lodge a complaint against his two sons, the newspaper said.

This sordid family case would not merit any attention if the names of Christine and Geneviève Dupont de Ligonnès were not associated with it.

What is the De Ligonnès case?

In April 2011, the bodies of Agnès Dupont de Ligonnès and her four children were found buried in their garden in Nantes (Loire-Atlantique), while Xavier Dupont de Ligonnès, the husband and father, had disappeared. To date, he is still missing and is the subject of an international arrest warrant as he is considered the prime suspect in the murders. On several occasions, there have been reports of sightings of him in other countries and at one point it was announced that he had been arrested in Scotland, but all these were subsequently denied.

Christine and Geneviève Dupont de Ligonnès, Xavier de Ligonnès’ mother and sister, are the leaders of the prayer group ‘Eglise de Philadelphie’, which has existed for over 20 years. This group has been the target of unconfirmed rumours based on testimonies of former members and spread by the Interministerial Mission of Vigilance and Fight Against Sectarian Drifts (MIVILUDES) and anti-cult groups, but no one has ever been officially charged and indicted with any crimes.

At the time of the tragedy, notorious anti-cult activists associated the murder of a whole family with the possible involvement of this prayer group, which they deem to be a ‘cult’ that believes in the imminent coming of the Apocalypse. Such linkage between mass murders and cults have easily found complacent ears in the media and among politicians since the mass massacres or suicides perpetrated inside the Order of the Solar Temple in France, Switzerland and Canada in the 1990’s. Since 2011, the media have circulated the same malicious but unfounded rumours discrediting this prayer group any time there is an alleged sighting of Xavier Dupont de Ligonnès.

On 1 January 2020, the state anti-cult institution, the MIVILUDES, was reassigned from the Prime Minister to the Ministry of the Interior, merging with the Interministerial Committee for the Prevention of Delinquency and Radicalisation (CIPDR). A ‘redevelopment’ and downsizing was on the agenda. Originally composed of 15 people with seven specialised advisers and administrative staff, the MIVILUDES was being reduced to three or four civil servants. The anti-cult organisations united  to thwart this plan and widely campaigned in the main national media outlets,[1] but it was in vain. They viewed the downgrading of the MIVILUDES as its announced death.

In October, the proclaimed fight against ‘separatism’ was seen as a new opportunity to resurrect the MIVILUDES and bring the fight against so-called cults to the fore. While the French government was working on a draft law on separatism designed primarily to target Islamists, the usual anti-cult actors campaigned to convince lawmakers that religious and spiritual groups called ‘sectes’ also live on the margin of society and should be identified as threats under the draft law. To this end, they instrumentalised the emblematic unsolved criminal case of Dupont de Ligonnès. They succeeded in gaining support from the Minister in charge of citizenship, Marlène Schiappa, for their cause. Although there were no new developments for this case, she discussed the need to investigate the prayer group in several interviews and repeatedly expressed concerns about separatism trends among ‘sectes’.[2]

In the meantime, the November ruling of the court in Metz has unsubstantiated the latest malicious rumour targeting the prayer group, highlighting the baseless allegations of anti-cult activists and their perpetuation of fake news.

On 17 November, the government made public the announced draft law under a totally different title. The word ‘separatism’ disappeared, and it is now the ‘Draft Law Strengthening the Republican Principles’. The content had also been deeply amended, but concerns remain about some articles of the draft law. Several vague concepts such as ‘behaviours threatening human dignity’ and ‘psychological pressures’ may open the door to abuses in the implementation of this law on other religious groups. Moreover, an article of this law provides that if any member of a group is considered to have acted in violation of the law, the Council of Ministers can enact a ban of the whole association.

It is to be hoped that the Council of State will keep in mind the guidelines of the OSCE/ODIHR concerning the freedom of religion or belief as well as the Venice Commission recommendations and will contest these questionable provisions.

At the Ministerial to Advance Freedom of Religion or Belief webinar hosted by the US and Poland on 18 November, a side-event organised by CAP Conscience et Liberté addressed the concerns raised by this proposed law in France. The event can be watched here: https://www.youtube.com/watch?v=U9Rl7DagZjQ&t=11s.

Earlier in November, A White Paper on “Separatism”, Religion & “Cults”: Religious Liberty Issues addressing these concerns was published by the Centre for Studies on New Religions in Turin (CESNUR), Human Rights Without Frontiers in Brussels (HRWF), the European Federation for Freedom of Belief in Italy (FOB), Bernadette Rigal-Cellard from the Université Bordeaux-Montaigne and Frédéric Jérôme Pansier from the Université Panthéon-Sorbonne in Paris.

[1] Here are some articles about the downgrading of the MIVILUDES: