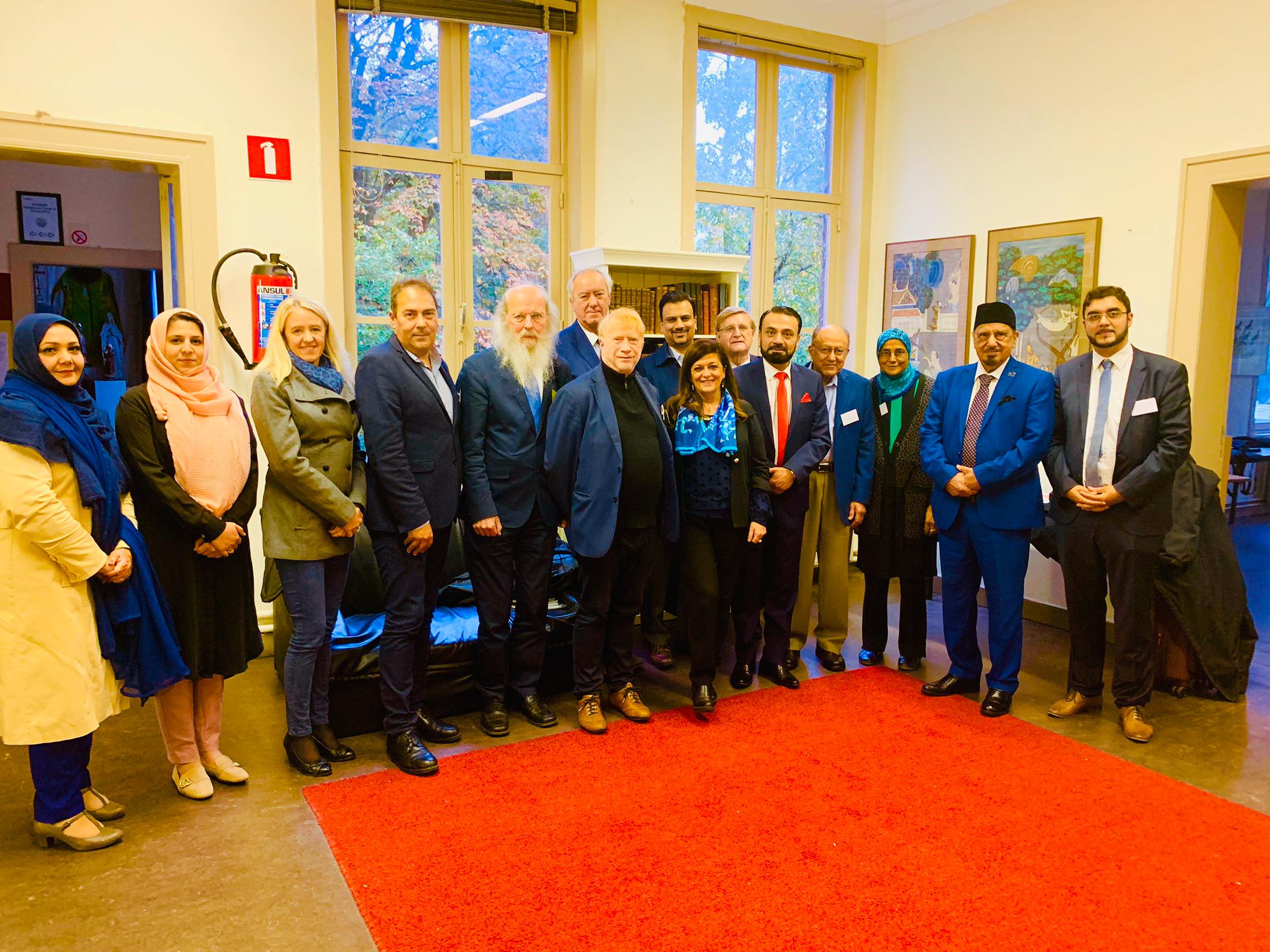 The case of the Ahmadis refugees in Thailand and Malaysia

The Ahmadiyya Muslim community in Pakistan is perhaps the most obviously persecuted religious group in the world today. The Ahmadis suffer under a unique combination of virulent media commentary, violence and hatred orchestrated by an opposing religious group founded specifically to eradicate the Ahmadis, active State repression through specific anti-Ahmadi laws and passive State tolerance of violence against Ahmadis. It is a toxic combination that makes normal life impossible and prevents meaningful communal worship. Threats, violence and martyrdom are part of life for Ahmadis in Pakistan.

Many incidents go unreported. The police often blame the victim and approaching them for help risks prosecution under the anti-Ahmadi laws. Unsurprisingly, many Ahmadis seek asylum around the world. Some have sought refuge in countries like Canada, USA, New Zealand and other European Countries. While State sanctioned and sponsored persecution continues in Pakistan, so the flow of genuine, persecuted refugees will continue.

As persecution in Pakistan increases a growing number of Ahmadis are leaving Pakistan to seek asylum in South East Asia and overseas.  Sources within Pakistan and statistics released by the U.S. indicate that Ahmadis are the largest asylum seeking group from Pakistan. Since the 2010 Lahore attacks when 86 Ahmadis were killed in 2 mosques, some Ahmadis fled to neighbouring countries such as Sri Lanka, Thailand and Malaysia. Many have been granted refugee status but have been unable to be resettled and are living in hopeless and desperate conditions on average for 5 to 6 years.

Neither Thailand nor Malaysia are signatory to the 1951 UN Convention relating to the Status of Refugees or its 1967 Protocol. Both countries also lack a national asylum policy. Without a legal status refugees are vulnerable to arrest, indefinite detention, deportation and possible refoulement.

The International Human Rights Committee (the leading NGO working on the persecution of Ahmadis) recently carried out a Fact Finding Mission together with other NGOs to Thailand and Malaysia with the Report to be launched in the coming months. Preliminary findings have confirmed what was common knowledge in the NGO community such as the living conditions of refugees which are generally poor, with large families often living in one room only.

Access to education is limited because tuition in Thai government schools is only in the Thai language which is not spoken by most refugee children. Access to health services is non existing for most refugees due to the high fees for treatment and medicines. Labour laws in Thailand and Malaysia prohibit refugees from working legally. This leaves refugees no other option than to seek employment in the informal sector where they are extremely vulnerable to exploitation. Also this leaves them open to the very real risk of arrest and detention.

Conditions in Immigration Detention Centres (IDC’s) are inhumane particularly in Bangkok and Kuala Lumpur. In both countries detainees have described severe overcrowding in IDC’s with up to 200 people being held in cells with an insufficient number of toilets, limitations on fresh water and health services that are not available. Detainees can be held in IDC’s indefinitely. Some of the detainees have been imprisioned for up to 6 years.

According to UNHCR estimations there are 1200 Ahmadis refugees in Thailand. All Ahmadi refugees are recognized by UNHCR and they receive a refugee card after a process of Refugee Status Determination (RSD). As a first step in the RSD asylum-seekers receive an appointment letter from UNHCR stating that the person is registered and that the refugee status is in the process of being examined. Both the appointment letter and the refugee card carry a photo and the date of birth of the person in question. Due to the fact that Thailand is no signatory to the 1951 Convention both documents do not offer real protection to asylum-seekers and refugees. Asylum-seekers with an apointment letter can be arrested and detained indefinitely. Refugees with an UNHCR refugee card can be arrested and detained to a maximum of fourteen days. As a result of their insecure situation asylum-seekers and refugees, and especially their children, are permanently under enormous stress. This leads to mental and psychological health issues.

In Malaysia asylum-seekers and refugees face the same problems as in Thailand. Access to healthcare is extremely expensive and legal employment not available. Several refugees report police brutality. On top of that Ahmadis are discriminated because of their belief. Article 3 of the Federal Constitution states that Islam is the official religion of Malaysia, but the federal government has no authority to regulate Islamic religious affairs throughout the country. Ahmadis are considered non-muslim and therefore they are not allowed to practise their belief. Many Ahmadis however are identified as muslims in their national registration identification card (IC). This fact gives the State Islamic Religious Department the right to investigate the Ahmadiyya community and call them to the state’s Syariah Court. On April 11, 2014 a group of 39 Ahmadis was arrested and accused of performing Friday prayers in a place that was not a mosque. Their case is now taken to the High Court.

Many asylum-seekers and refugees in Thailand and Malaysia do not have a clear picture of the services UNHCR can offer. Expectations are often too high. In general UNHCR does not provide financial support, medical aid or education. Most asylum-seekers and refugees reported that they were unaware of these facts while leaving Pakistan. Because of the hardship refugees face in their daily lives in Thailand and Malaysia, many prefer resettlement in third countries over local integration. UNHCR however clearly state that the worldwide number of resettlement places has declined dramatically and that recognition is a right of refugees, resettlement is not.

Local integration of refugees would require for Thailand and Malaysia to become a party of 1951 UN Convention relating to the Status of Refugees. The Malaysian government suggests becoming a party in the Convention in its latest government manifesto. It also mentiones granting refugees the right to work. UNHCR reports that the government of Thailand has plans to set up its own system to screen asylum-seekers. UNHCR considers this fact as an implicit recognition of the status of refugees. These steps could lead to improvement of the lives of refugees.

As voluntary repatriation to Pakistan is not an option for Ahmadis, resettlement in third countries remains the only durable solution. UNHCR stresses that less than 0,5% of the world’s refugees are resettled. A small number of categories is eligible for resettlement such as survivors of torture, refugees who need life-saving treatment and certain cases of family reunification. Third countries are called to accept more refugees for resettlement.

Ahmadis are intimidated, arrested and indefinitely detained in Thailand and Malaysia. There is ample evidence of systemic discrimination and exclusion of Ahmadis from the Thai and Malaysian society and violation of civil rights. A durable solution does not seem to be at hand. It is requested now on governments, human rights organizations and activists to act now to stem this injustice and stand together against this crisis so that future generations can live in a peaceful, tolerant, diverse, loving just society outlining the fundamental pillars of basic and universal Human Rights.