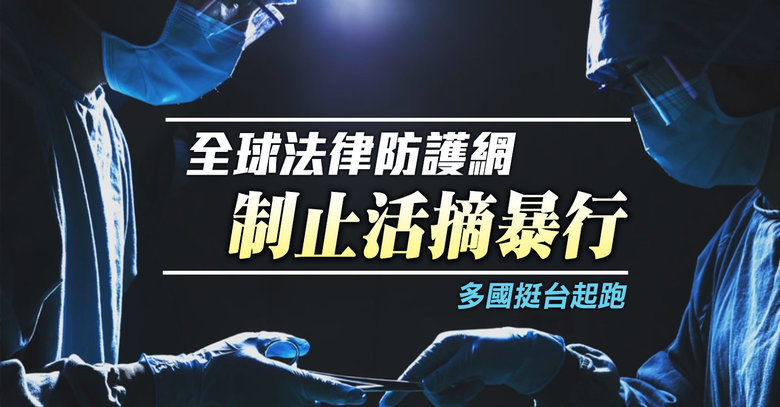 [New Tang Dynasty Asia-Pacific News, December 10, 2022] In response to the “World Declaration on Combating and Preventing Live Organ Harvesting”, parliamentarians from many countries are promoting anti-living organ harvesting criminal legislation. Taiwan’s cross-party parliamentarians, on the eve of International Human Rights Day (9 Japan) announced the launch of legislation to cooperate with the international community to stop the atrocities. Human rights lawyer Zhu Wanqi said that live organ harvesting is a crime against humanity that concerns international human rights. All perpetrators, regardless of nationality, no matter where they are located, can be prosecuted under this law as long as there is sufficient evidence.

The slogan of the press conference of members of Taiwan’s ruling and opposition parties: “Anti-harvesting, legislation is required!”

On the eve of International Human Rights Day, members of the ROC and Taiwan’s ruling and opposition parties, with international solidarity, announced the promotion of the “Law on Strike and Prevention of Live Organ Harvesting” and global cooperation to stop the most brutal and inhuman atrocities against humanity in the 21st century.

Xu Zhijie, a member of Taiwan’s ruling party’s main proposal, said, “Of course we in Taiwan are obliged to do so. We hope to communicate with all parties within a year to complete this legislation.”

Xu Zhijie, the main sponsor, said that many countries are also promoting criminal legislation against live harvesting, and many parliamentarians around the world expect that Taiwan, the beacon of democracy in Asia, will also promote it. In particular, the Chinese White Paper Movement highlights the significance of Taiwan as an indicator. Nearly 20 European, American and Asian members of Congress and human rights activists videotaped to support Taiwan’s initiation of legislation. The Taiwan International Organ Transplant Care Association stated that this will be the largest international human rights legislation movement in the 21st century.

Lord David ALTON, Member of the House of Lords: “All MPs, regardless of political party, are united in supporting the amendment to punish anyone involved in this heinous crime.”

Swedish MP Ann-Sofie ALM: “It is a disgrace that this crime against humanity continues, but together we can stop it.”

Mr Thierry VALLE, President of the French CAP Freedom of Belief Organization: “(I hope Taiwan will legislate) to set an example for the international community to follow.”

Mr. Kim Hyun-chul, producer of South Korean TV station who participated in the investigation of live harvesting documentary: “Your actions (Taiwan legislation) will be remembered in history, and I applaud you!”