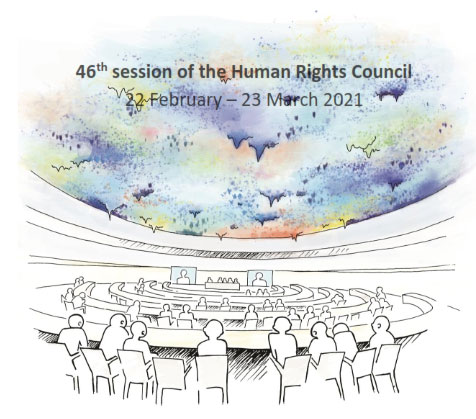 We would like to draw your attention to a part of the debate generated by the fight against terrorism and separatism in France.

Civil society is concerned about the direction taken in debates on separatism with regards to individual liberties and religious freedom.

The Minister Delegate to the Interior Ministry took advantage of those debates to stigmatize peaceful religious communities, such as the Evangelical Churches unduly depicted by the Interministerial Mission of Fight and Vigilance against Sectarian Drifts as guilty of sectarian drifts.

This decision worries us, at a time, when one of these associations, the FECRIS, financed and supported by the French government, has just been questioned in a report by the U.S. Commission for Religious Freedom for the hate propaganda of its Russian vice-president, Alexander Dvorkin, against religious minorities in the Russian Federation, tzus fuelling the prejudices and persecutions of the Russian government , which uses its anti-extremist law against these religious minorities, which have thus been banned and criminalized.