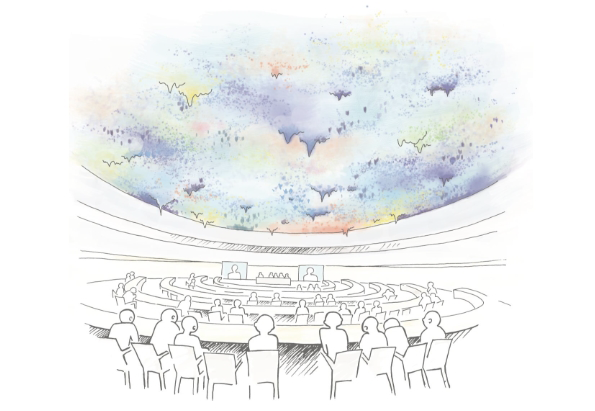 Mr. Dalibor Močević, a Croatian and Bosnian national of Serbian descent, is a victim of human rights violations in Croatia. Following the prohibition of discrimination based on race, sex, language and religion in the Charter of the United Nations, the adoption of the Universal Declaration of Human Rights became the next important step in the legal consolidation of the principle of equality before the law and the resultant prohibition of discrimination. Being continually discriminated against by Croatian authorities because of his national and ethnic origin, Mr Močević was deprived of property belonging to his ancestors, his apartment in Zadar and passenger ship business, he had to abandon due to the discriminatory pressure from Croatian tax authorities and even the parental rights of children he has with ethnic Croat mothers.

Many troubles Mr. Močević and his family were faced with, stemmed from ethnically motivated discrimination and hatred that is widespread among the population and political parties that base their ideas on nationalism and xenophobia, especially towards the Serbs. Such treatment is especially evident in the region of Dalmatia and other places which are particularly Catholic, and where the population is of lower education and wealth.

After the suspicious death of his mother in Zadar city hospital, the authorities refused to investigate possible murder allegations by her Croatian partner, and none of the complaints Mr. Močević filed to the County police and prosecution, or the State authorities were ever investigated or even followed up. He also received numerous uninvestigated threats which led to him having to emigrate from Croatia fearing for his personal safety. In the coming years persecution continued. Along with being stripped of protected tenancy in the apartment he grew up in, he was also deprived of property on another apartment belonging to his late mother. Mr. Močević was also stripped of inheritance consisting of immovable property belonging to his grandparents because the authorities are refusing to carry out inheritance proceedings on ethnic bases since the ownership belongs to ethnical Serbs.

In the past two years, Mr. Močević was deprived of parental rights to his son born in 2007, where the Croatian court carried out proceedings in which he was not allowed to participate in, previously awarding custody to his ex-wife an untreated alcoholic and psychiatric patient, and his other two children living in Zadar were also taken from his custody in the illegal proceedings with strong political influence in the background.

The Croatian national courts and other State authorities acting against Mr. Močević solely on the basis of his Serbian national origin and religion, prevented him from enjoying his basic human rights protected by Universal Declaration of Human Rights and the International Covenant on Civil and Political Rights, as well as his parental rights and the rights of his children under the Convention on the Rights of the Child.