INTOLERANCE AND HATRED AGAINST AHMADIS IS ON THE RISE IN PAKISTAN 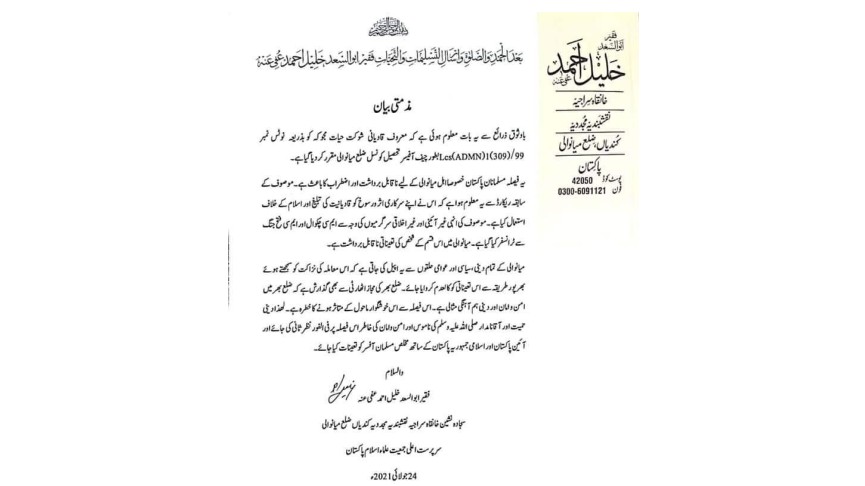 Intolerance, hatred and bigotry towards Ahmadis is not a new phenomenon in Pakistan and in every walk of life we may observe the marginalisation of Ahmadis only because of their religious beliefs.   Through this press release we want to highlight a fresh incident of prejudice against Ahmadis, which occurred in Mianwali District of Punjab.

It has been reported that a few days ago a qualified Ahmadi Public Official was appointed as Chief Officer in Municipal Committee, Mianwali but before his taking over charge of his post a malicious campaign spearheaded by Jamiat Ulema-e- Islam (JUI), Mianwali, which clearly demanded that the appointment is unacceptable and will create a law and order situation (leaflet clipping enclosed below); and more importantly supported by the local chapter of ruling party Pakistan Tehreek-e-Insaf (PTI) was started against the said Ahmadi official calling him a blasphemer and disloyal. As per the media report (clipping enclosed below) it appears that the District President of Pakistan Tehreek-e-Insaf (PTI) Women Wing, Mianwali and Member Bait ul Maal, Punjab successfully approached Mr. Ahmad Khan Bhutcher, Parliamentary Secretary of Local Governments and Community Development with a demand to get the order of appointment of Ahmadi Official cancelled.

As per the report the President of Women Wing of PTI has applauded the action of Parliamentary Secretary by calling him a true lover of the Holy Prophet (PBUH) and thanking him for removing a blasphemer from an important government position.

This incident is another manifestation of hatred prevalent in the society against Ahmadis who are being deprived of their rights, just because of the fact that the majority is not happy with their religious beliefs.

We urge you to call on the Pakistan government to ensure that the rights of the beleaguered Ahmadiyya Muslim Community are protected and their right to worship and practice their faith and to take up any profession is guaranteed.  The Government of Pakistan must act immediately and punish these culprits to save the image of Islam and the image of their own country, which they profess to be an Islamic democratic state.  Most importantly, the Government of Pakistan should ensure that all citizens enjoy freedom of religion and equal citizen rights as stipulated in the Constitution of Pakistan Article 20 and United Nations Universal Declaration of Human Rights Article 2, 18. 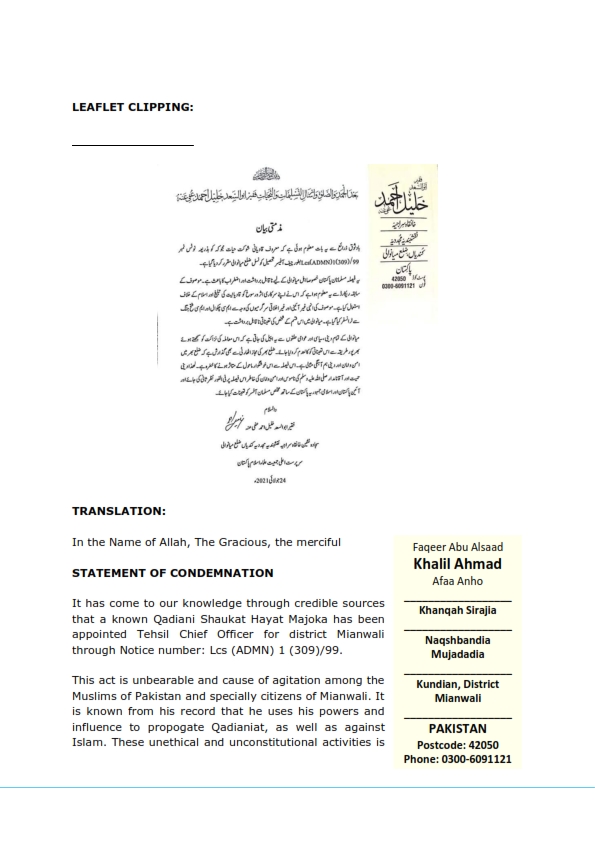 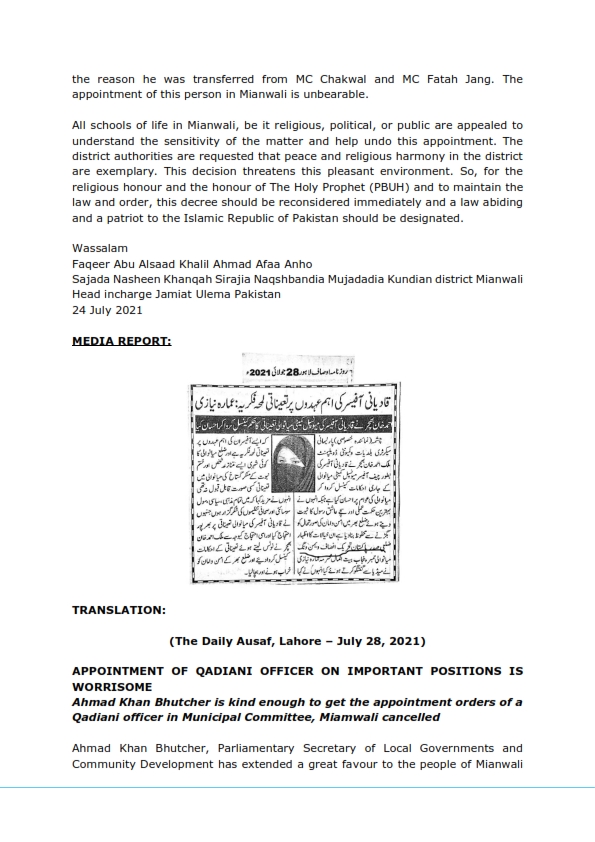 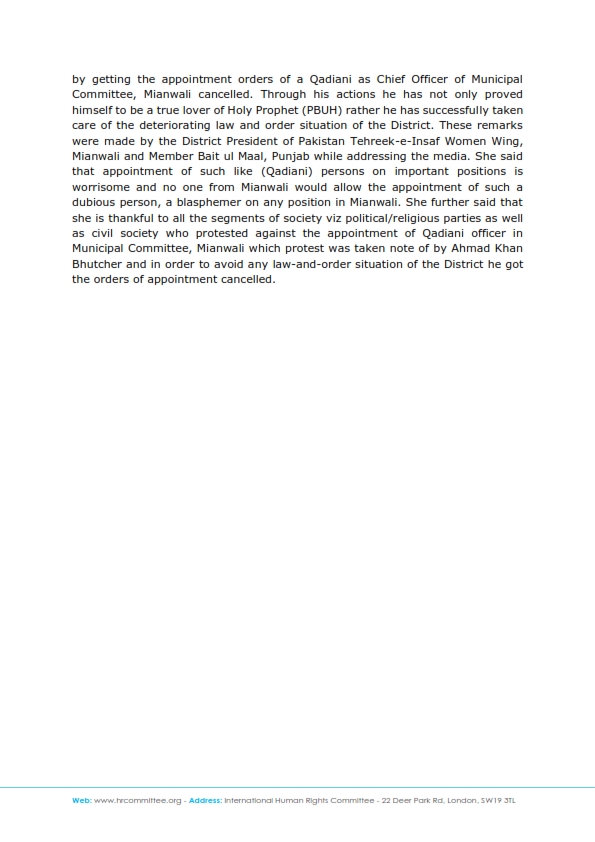