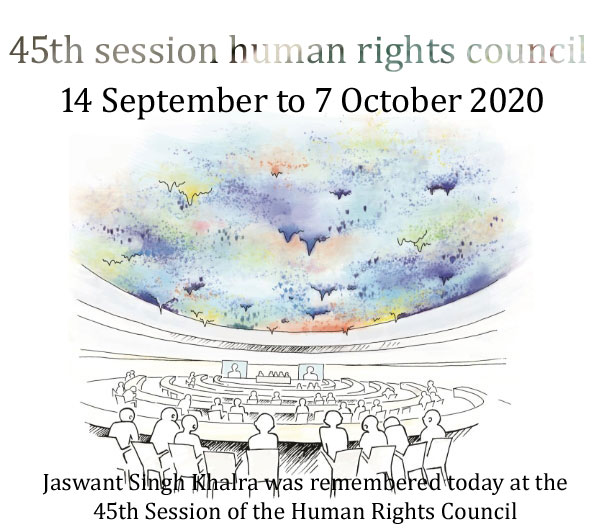 CAP Liberté de Conscience is making this statement jointly with UNITED SIKHS, a UN associated international advocacy NGO and the Khalra Mission Organisation that was founded in 1995 to continue Jaswant Singh Khalra’s  mission to fight impunity and expose human rights abuses in India and around the world.

His crime — uncovering thousands of state-enforced disappearances, illegal detentions, custodial killings, and mass cremations of the Sikhs under government’s orders, which constitute the Sikh genocide.

His mission — to stop the government’s tyranny by exposing and holding it accountable through legal means.

On September 6, 1995, Jaswant Singh Khalra  himself was abducted in broad daylight, tortured in illegal custody for 52 days before being shot dead; his body dismembered and dumped into the very canal that was used to dispose other bodies that he had set out to find.

Author Gurmeet Kaur who wrote “The Valiant – Jaswant Singh Khalra” says: “Twenty-five years later, we hope the government will not obstruct efforts to document the gravity of the state-sponsored genocide before nature takes its course and the aging witnesses and parents of the disappeared die.”