Law on sects. The Ukrainian Association of Religious Studies is responding to the bill 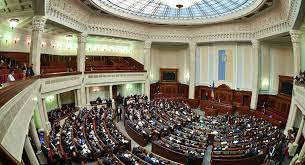 The NGO «Ukrainian Association of Researchers of Religion» in view of the attempt by officials to develop a discriminatory law against religious diversity and freedom wrote a letter to mobilize the government, politicians, and civil society of Ukraine and Europe to stop this law being worked on and approved.

Find below translation of the letter.

The information space of Ukraine was lately disturbed by the news regarding the fact the Verkhovna Rada (Parlament) Committee on issues of social policy and protection of veterans’ rights develops a bill on destructive religious organizations’ activities. That was declared by Galina Tretyakova, the Chairman of the committee, as reported by Public TV, i.e. This news was also spread by other media.

Such declarations of government officials are a cause for experts on religions concern. Representatives of minority religions react particularly distinctly to this, being for a reason concerned with criterion approaches to the definition of “dangerous cults \ sects” and the negative public response, suspicious or opposed attitude, etc. that will be seeded in the public sphere because of the negative connotations of the term “totalitarian sect”. For decades, Ukrainian scholars on religions have performed significant efforts to exclude this term from the public sphere, since its recognition is incorrect within the secular multi-confessional state, and, practically, equals a manifestation of “hate speech” and a motive for discord on a confessional basis. We definitely would like to recall, such “initiatives” have already emerged in the history of independent Ukraine. Moreover, every time such “initiatives” were subdued, since the laws directed to restrict the rights and freedoms of citizens, always lead to the totalitarianization of the country, waiver democratic processes, as well as an introduction to the European world of civilization.

The temptation to control the spiritual world of citizens, and centrally determine in what and how one has to believe, and then establish in an authoritarian way, which faith is correct, and which one is “Dangerous” or “Harmful”, is inherent in post-totalitarian societies. Such approaches, which establish a mono-ideological dictate, mark any worldview alternative to the dominant ideology as harmful and destructive. Ones seek to restrict particular options of democratic procedures and the legal system that breathe weakly, as well as if the authorities are inexperienced in guaranteeing freedoms and human rights.

Analogous reproduction of the terminology of the proposed bill rooting to the Russian discourse is surprising, furthermore, it may be recognized as a conscious or unconscious imitation of the practices of the aggressor country, that has occupied the Crimea and parts of Luhansk and Donetsk regions. The aforementioned territories occupied by Russian troops and mercenaries are being introduced with shameful practices of repression against dissidents, in particular following the guise of religious or denominational belonging to the «wrong» ones.

Unquestionably, society requires set safeguards against the abuse of mercantile or arbitrary persons, who seek private profit or pleasure of the sick ambitions satisfaction, subordinating the will and property of others. However, such fuses should be created regarding the notion of ‘damage’, furthermore, considered as a cause of potential criminal or administrative liability of individuals or groups of individuals, who committed a crime (fraud, seizure of another’s property, illegal deprivation of liberty, slave labor, crimes committed against the person, including minority representatives, etc.) or offence. It should be taken for granted there is a Criminal Code of Ukraine, as well as a list of laws of Ukraine, intended to regulate the criminal proceedings order, regardless of their nature. Thus, the brand “totalitarian sect” is a pretext for inciting interfaith hatred in Ukraine as in a secular state and a multi-religious society, the motivation for information harassment, etc. Similar rhetoric in the legislature initiatives shall lead to a real confrontation in interfaith relations, to the provocation of exclusivist and antisocial sentiments among the representatives of denominations minority.

Proposals and calls presented by some “intellectuals” for a “healthy religious climate” as one from the arguments for the adoption of such prohibitive laws indicate a disposition to doubt the expediency of the very fact of lasting for 30 years religious freedom in Ukraine.

Nevertheless, we believe the common sense will encourage government officials to realize, the secular state holds no legal grounds to determine “correctness” or “wrongness” of confessional doctrine, as well as to determine, which religious organization is a “sect” (branch). One concept is still quite justifiably applied in Ukrainian legislation, i.e., the religious organization, the concept, completely embracing the diversity of religious structures.

Therefore, we are to inform the forthcoming bill on “totalitarian sects” is dangerous in its consequences as it provokes mistrust and religious/confessional hatred in multi-religious community, thus initiating the “search for witches/enemies” in the field, where it is better recommended to preserve mutual respect and mutual understanding. The aforementioned threatens to violate the relatively moderate religious situation in Ukraine. Similar legislative initiatives, instead of approval ideas of interfaith solidarity, and the dialogue amid religions, are compelling enough to rush Ukraine into the abyss chaos.