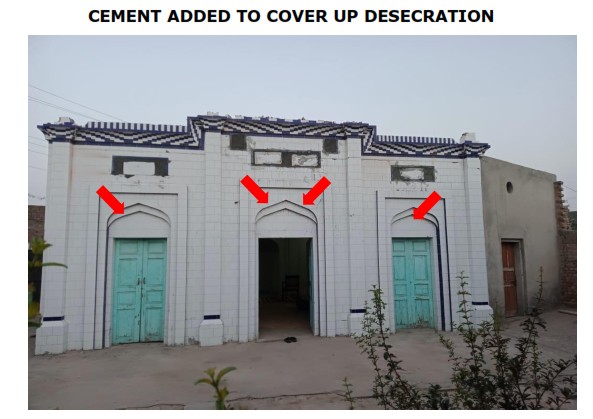 SUMMARY: A few months ago, we reported about the demolition of the minarets and domes of the various Ahmadiyya mosques in Pakistan carried out under the supervision of local police authorities.

Unfortunately, we again regret to report another destruction and demolition in a rural settlement called 261 R-B, Adhwali district Faisalabad, Pakistan. This profane act was orchestrated by the local police itself disguising themselves as civilians.

INCIDENT: The incident occurred on 17 June 2021 under the guard of the local

DSP (District Superintendent of Police, Pakistan) and his unit who gathered around the Ahmadiyya Mosque at 261 R-B, Adhwali district Faisalabad, Punjab in order to desecrate the Mosque. The local police later on removed all debris and added cement on the parts of the mosque they themselves desecrated as their cover up strategy. Please find enclosed photos.

The Qur’anic inscriptions were also erased from the houses of Ahmadis in the nearby vicinity. Such incidents openly expose the fact that not only the lives and honour of Ahmadis in Pakistan are at stake but also their places of worship and

BACKGROUND: The Local Ahmadiyya Muslim Community reported the fear of a potential attack a week prior to 17 June 2021 to the Inspector General of Police Punjab, and the higher central governmental authorities.

REQUEST: We request your support, along with your friends and contacts, for a powerful action to call for Freedom of Religion and safeguard of fundamental

Most importantly, the Government of Pakistan should ensure that all citizens enjoy Freedom of Religion and equal citizen rights as stipulated in the Constitution of Pakistan Article 20 and United Nations Universal Declaration of Human Rights Article 2, 18. 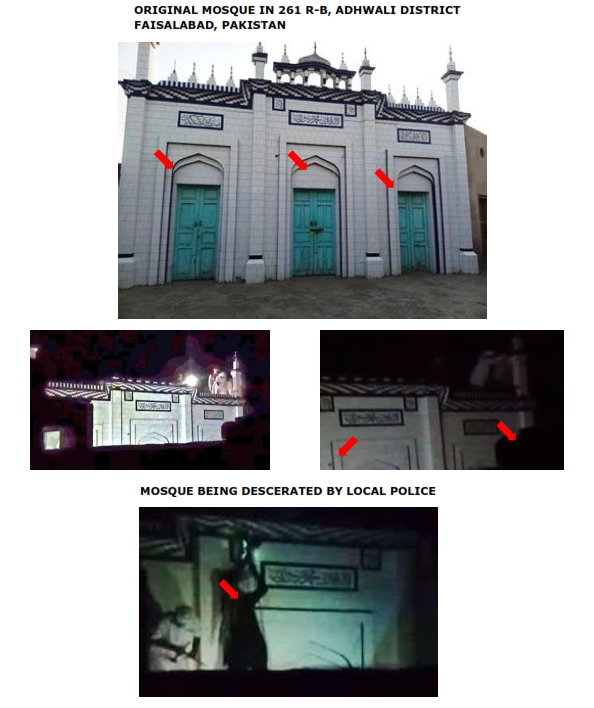 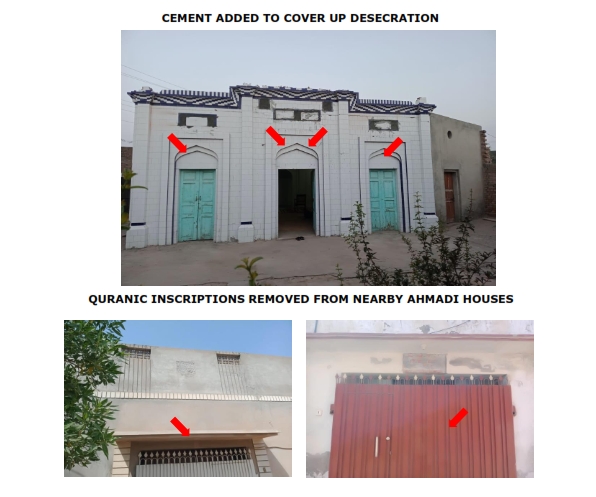