Marion chen president of the ngo our future house 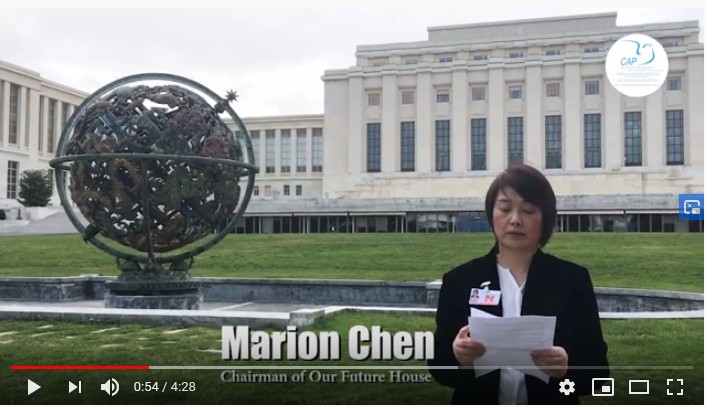 I survived 7-year imprisonment from 2008 to 2015 in Wuhan, which makes me an alive victim of the persecution of Falun gong, a high level Buddha cultivation practice. The most brutal part I experienced is the mental torture, various means being used to force me to renounce the practice of Falun Gong, including a 4-hour of death in a concentration center in 2008. A high-rank law professor was invited to transform me, mentioning, where the communist system was in power, I had to fit the system and sign the renouncement if I wanted to survive, because what I violated was not thejudicial law, but the Party law. Why was this signature so important? The answer to me was: if you signed, as a genuine human, you may feel guilty if you don’t keep your promise. This is the best way to control people.  This specific mental torture now has been wildly in use, not only to the other religious groups in China and the western governments, but also the common citizens in China, for example, doctor Li Wenliang, the whistleblower of the coronavirus. Yet this sort of silence so far has caused both public health and humanitarian disasters on this planet. The hiding of the truth of coronavirus in China is exactly the same as the hiding of the truth of persecution of Falun Gong, covering the crime done to the Chinese people. Mr. Gong Fengqiang(龚凤强), a Falun Gong practitioner in Heilongjiang( ⿊⻰ 江) province, was arrested on 27 December 2019, bing tortured and secretly sent to a quarantine although he was not infected. Chen Qiushi, a citizenjournalist live reporting coronavirus in Wuhan was also sent to quarantine on 6 February. Li Zehua( 李泽华), an independent journalist reporting coronavirus was disappeared on 26 Feb.