OSCE HIDM 2019 : Is Religious Freedom ever possible in the Russian Federation ? 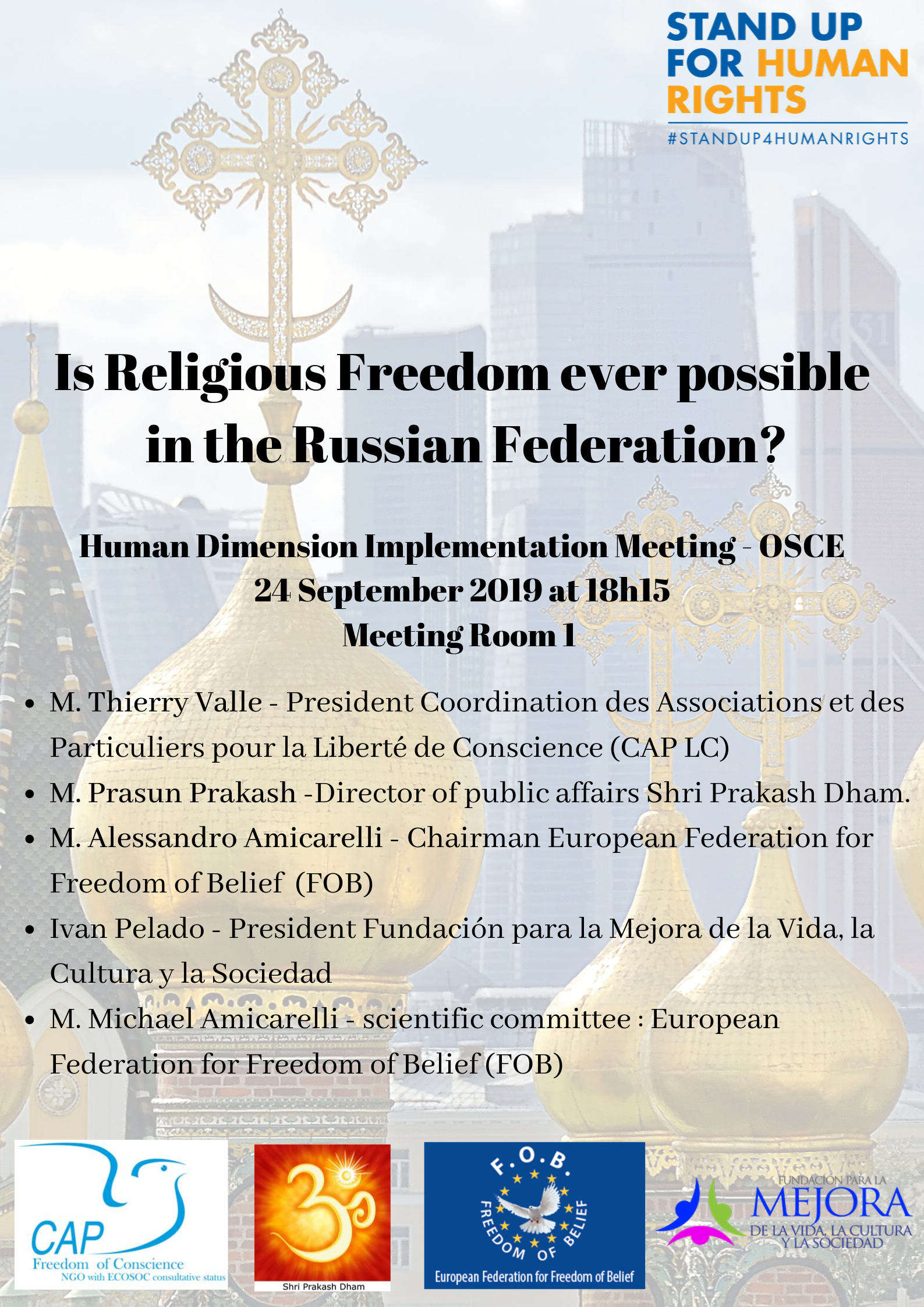 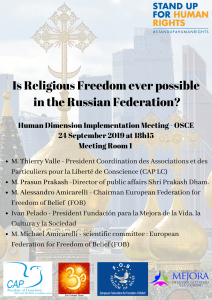 Is religious freedom ever possible in the Russian Federation ?

CAP LC in collaboration with the European Federation for Freedom of Belief (FOB), Sri Prakash Dham, organised a side-event on religious freedom in Russia, focusing on the problems experienced by the local Hindu community that has faced attacks by the anti-cult organisations linked to Alexander Dvorkin and to the local Orthodox community.

Despite warnings from civil society, human rights defenders, religious communities, international institutions and some representatives of the OSCE participating States, the Russian Federation continues to restrict Freedom of Religion or Belief in order to preserve the supremacy of the traditional Orthodox religion, despite international conventions and respect for fundamental rights and by invoking “National Security” and the fight against extremism.

The first victims of this religious protectionism orchestrated by the State with the support of  groups, media or people, such as Mr Alexander Dvorkin, Vice-President of FECRIS (European Federation of Centers of Research and Information on Cults and Sects) in charge of disseminating false allegations and hate speeches inciting intolerance of religious pluralism are the minority religious communities of foreign origin (Jehovah’s Witnesses, Hindus, Baptists, Pentecostals, Scientology, Mormons, Falun Gong, Baha’is …)   Freedom of Religion or Belief Anti-Sect Movements and State Neutrality. A Case Study : FECRIS – p 267 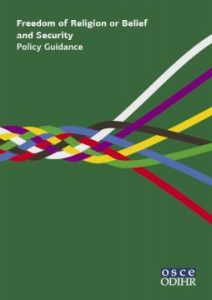 « Freedom of religion or belief is necessarily contingent on exposure to new ideas and the ability to share and receive information. In light of the increasing communications opportunities that now exist, with the related shifts in response and association that these evoke, state and other relevant stakeholders should endeavour to promote security and social cohesion grounded in religious or belief pluralism. In discussing the responses of states to the “unavoidable consequences of pluralism”, the European Court of Human Rights has stated that, “the role of the authorities in such circumstances is not to remove the cause of tension by eliminating pluralism, but to ensure that the competing groups tolerate each other. »- p 67

« Participating States are encouraged to promote and facilitate initiatives of interfaith and interreligious dialogue and partnership at all levels in society, while respecting the autonomy of religious or belief communities and their voluntary participation in such efforts. States should ensure that they reflect the existing and emerging diversity of religious or belief communities » – p 48

FOB at the Human Dimension Implementation Meeting 2019 in Warsaw

OSCE HDIM 2019 – Hate Speech, Fake News and the FORB of Minority Groups in the OSCE Region