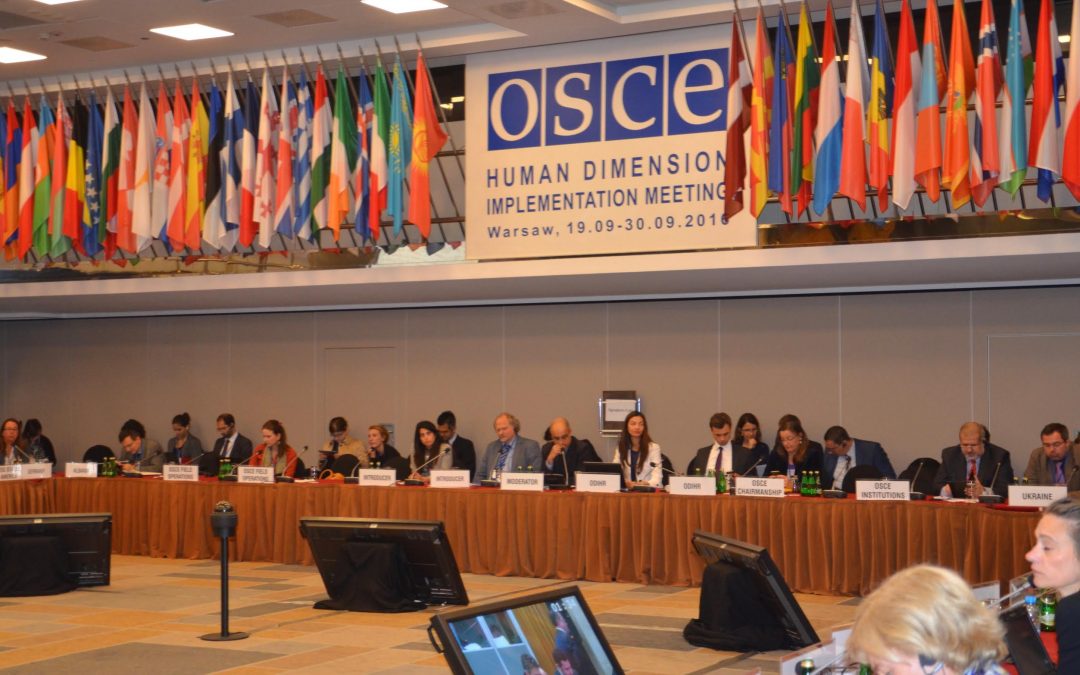 Under the cover of fighting “sects” minority faiths are widely discredited in the media and often their right to answer is simply scoffed.

The word “sect” has already proved discriminatory in History; it has no legal definition and is charged with a strong emotional connotation. It enabled, in other times, to discredit Jews, Protestants, Freemasons, and even the Salvation Army.

In the ongoing campaigns stigmatizing members of minority movements, the most alarmist figures are spread by the protagonists of “sect” hunting. However, these figures are false.

In  order  to  illustrate  this point,  we  have  gathered  here  below  the  statements  of the  highest authorities in the French Government who have lead investigations in the field on this subject.

Statement of the Prime Minister, Dominique de Villepin, at the National Assembly, on the 6th of September 2005:

Answering a question from Philippe Vuilque, President of the 2005 Study Group on sects at the National Assembly, the Prime Minister said:

“The cases of physical or psychological ill-treatments of minors in connection with the belonging of one or both of their parents to a movement said to have a sectarian aspect, are exceptional.”

The other following statements were made during the hearings of the 2006 Parliamentary Inquiry Commission on “the influence of movements of sectarian character and the consequences of their practices on the physical and mental health of minors”: Extracts from Report # 3507 registered at the Presidency of the National Assembly on December 12, 2006.

Summary of the hearings.

General Director of “Renseignements Généraux” (Intelligence Services) at the Ministry of Interior and Development of the Territory.(Minutes of the Hearing of 12th October 2006)

“As a matter of fact, 60,000 children on the whole national territory, this seems a lot to me. During our relationship in the field, in de-centralized government offices (“préfectures”), with the National Education, the DDASS (social services), the holiday centres and all structures dealing with youth, we never had to deal with 60,000 reporting, nor even 30,000, but a few dozen at most…”

Source: Report n° 3507 registered at the Presidency of the National Assembly on 12th December 2006. Summary of the hearings – page 556

General Director of National Police.(Minutes of the Hearing of 12th October 2006)

“I have the feeling that the phenomenon, while still preoccupying in some individual cases where children are concerned, is not a type of delinquency of such an extent that we should so much worry about it.”

Source : Report n° 3507 registered at the Presidency of the National Assembly on 12th December 2006. Summary of the hearings – page 615

General Director of National”Gendarmerie” (Police), (Minutes of the Hearing of 4th October 2006)

“Organizations  that  fight  “sects”  sometimes  set  forth  that  20,000  minors  could  be  under  the influence of sectarian movements. The lack of standards to delimit with precision the situation from which it is reasonable to talk about implication of these minors in movements still compels to be very cautious about this  figure.  In  any case, even  if they only constitute  the emerged  part of  the phenomenon, the number of cases handled by the police is much lower than these estimations: since 2004, only 37 complaints have been registered by the police units. »

Source: Report n° 3507 registered at the Presidency of the National Assembly on 12th December2006. Summary of the hearings – page 545

Mrs. Carola ARRIGHI de CASANOVA, Assistant Manager at the Direction of Civil Affairs and the Seals (DACS) at the Ministry of Justice. (Minutes of the Hearing of 12th October 2006)

“First I would like to say that two departments are in charge of illegal moving of children: the office of civil and international commercial mutual aid which takes care of about all international conventions, like about the procurement of evidences and transmission of judiciary acts, and the mission of help to international mediation for families – the MAMIF- created in 2001 within my sub- direction to help alleviate conflicts within families, either in cases when we do not succeed in having international conventions running, or in cases where we have the feeling that an agreement between the parents is possible. I would like to immediately state that we are almost never confronted to situations connected to sects.”

Source: Report n° 3507 registered at the Presidency of the National Assembly on 12th December 2006. Summary of the hearings – page 620

Mr. Thierry-Xavier GIRARDOT : “The Prevention Unit for the Sectarian Phenomena has prepared a quantitative assessment covering the most recent period: number of controls done, number of formal notices to send children to school, etc. I do not know if we have data on the whole of the period since the promulgation of the law, but during last year, we listed a bit less than 3.000 children educated within their families, we have made 1,119 checks, out of which 23 ended by a formal notice to educate the child in a school, generally not for reasons connected to sects, but simply because the education within the family did not match the requirements of the 1999 decree, included in the statutory part of the Code of Education.

Mr. President : Out of these 23 children, how many exactly related to the sect phenomenon ?

Mr. Thierry-Xavier GIRARDOT : I am not sure there had been even one…

Source: Report n° 3507 registered at the Presidency of the National Assembly on 12th December 2006. Summary of the hearings – page 559

Mr. Michel RISPE, Chief of the Office of Civil and Commercial International Mutual Aid at the Ministry of Justice. (Minutes of the Hearing of 12th October 2006)

“To date, no case has been opened, amongst some 500 existing files in stock in which there had been allegations of sectarian belonging.”

Source: Report n° 3507 registered at the Presidency of the National Assembly on 12th December 2006. Summary of the hearings – page 621

“I have therefore asked, during a Pilot Committee of the MIVILUDES, that an investigation be launched  with regional agencies of  hospitalization and  hospitals  in order to  take a census of, eventually, facts constitutive of trouble to law and order connected to the refusal of blood transfusion.

The representative of the Ministry of Health within the MIVILUDES told us, at the time, that this census was impossible, because of fear of procedures, the hospitals’ officials would hesitate to denounce troubles to law and order. I consider this explanation to be slight, mainly if the life of thousand children is at stake. The figure of 45,000 children of Witnesses of Jehovah has sometimes been set forth. Hospitals civil servants are protected by their statute and they have the obligation to report punishable facts to the Prosecutor.

In view of this hearing, I have asked the “prefectures” to take a census, on the last three years, of incidents connected to transfusion. A small number of incidents came up, often settled by discussion. No incident implicating children or a vital prognostic has been noted.”

Source: Report n° 3507 registered at the Presidency of the National Assembly on 12th December 2006. Summary of the hearings – page 686

“In view of our hearing by this Inquiry Commission, we have had an investigation very rapidly made by all inspectors of academy. During the past school year, inspectors of academy or rectors have made 19,000 reports to Prosecutors, concerning children considered to be in danger for various reasons.

When we have asked the inspectors of academy who were, amongst these children in danger, the ones who were in danger due to sectarian movements, they answered us there were 8 of them.”

Office of Judicial Matters on Legislation, Director of the Judicial Protection of Youth, Ministry of Justice (Minutes of the Hearing of Tuesday 3rd October 2006)

“Three years ago, we have had an investigation done by the judges for children in order to be able, likewise, to define a bit statistically what the sectarian problem could represent in the work of magistrates and educators and we noticed that it was very marginal in relation to the whole of other problems our Direction is lead to manage for the same minors, i.e. problems of violence,   non schooling, professional insertion, family difficulties.”

Source: Report n° 3507 registered at the Presidency of the National Assembly on 12th December 2006. Summary of hearings – page 514

Hearing of Mr. Etienne MADRANGES Director of Youth and Popular Education Ministry of Youth, Sports and Associative Life (Minutes of the Hearing of Tuesday 18th October 2006)

“The Ministry has set up, at the national level, a unit coordinated by a General Inspector. He regularly gathers representatives of Directions of Youth, Sports and Associative Life. He listens to experts, calls in departmental Directors, and makes sure that the politics of prevention of the Ministry is well set up.

At the local level, we have set up a correspondent in each department. These correspondents send up their information. But this is not enough. We regularly gather the regional Directors of Youth and Sports […]

But we shall inspect. Statistically, since the last three years, we have had no case where we could demonstrate a deliberated imperilling of minors.”

Source: Report n° 3507 registered at the Presidency of the National Assembly on 12th December 2006. Summary of hearings – page 694

Mrs. Françoise LE BIHAN: “Our service is in charge of all which concerns consular protection of French people abroad, therefore of children. So, it is in the whole of the perimeter of our actions that I have searched the ones which could interest your mission. For this, I have distinguished the illicit moving of children, forced weddings which can concern minors, the help we may have to give to French children in distress residing abroad.

In this wide set, I have found trace of only two cases presenting a connection with sectarian behavior

: the first one, in Canada, has been in the news ; it concerns Mrs. Getliffe and her children ; the second one, which name I do not wish to give, concerns the father of a child taken to Switzerland by his mother. […]”

Mr. President : “Have you not received reports on children transferred in ashrams in India ?”

Mrs. Françoise LE BIHAN : « No. For the whole of the two services composing our Direction, out of which one is in charge of the implementation of conventions of judicial cooperation and the other one of the strict consular protection, there has been no other case than the two I have just mentioned.”