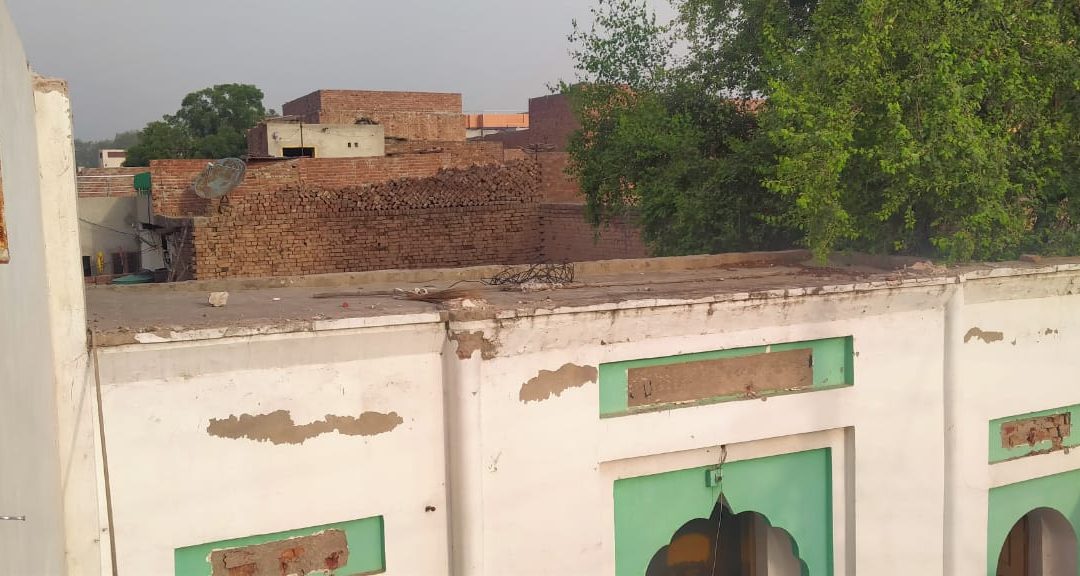 The persecution of Ahmadi Muslims in Pakistan continues to intensify. Since January 2021, police authorities in Pakistan have been targeting mosques belonging to the Ahmadiyya Muslim Community.

On June 24, 2021, at around 8:30 pm, police and senior government officials from Faisalabad attacked another Ahmadi Mosque in the village of Chak 57 JB Khiala Kalan, Faisalabad, Punjab.  This village is located approximately 10 miles north of Faisalabad city and has a sizeable Ahmadi community.  The authorities illegally imposed curfew in the village and announced that no Ahmadi Muslim was allowed to leave their home.  The police authorities then turned off the streetlights and ordered that no Ahmadi was allowed to take a photo or a video even from inside their own home.  The police then broke into the compound of the Ahmadiyya mosque and demolished the minaret of the Ahmadi Mosque. All debris were removed from the site to ensure that no trace of the demolition was left behind.

According to sources, these attacks are being carried out at the behest of some high-ranking police officials in Faisalabad, who have been involved in various attacks on Ahmadiyya mosques in Faisalabad District in recent months.

It should be noted that in our last incident report, we had warned that another attack on an Ahmadi Mosque was imminent. Similarly, the local Ahmadiyya Muslim Community had informed the provincial chief (IG) of Punjab police last week and sought his help to prevent additional attacks.

The State is supposed to protect its citizens but repeatedly Pakistan is intent on persecuting Ahmadi Muslims for no crime other than them being Ahmadis. Sadly, it is reported that the minarets of this mosque have also been demolished.  We request that you call on the government of Pakistan to put an immediate stop to these indiscriminate and unjustified attacks against Ahmadi Muslim mosques in Pakistan by Pakistan’s police and government officials.  We also urge you to call on the Pakistan government to ensure that the rights of the beleaguered Ahmadiyya Muslim Community are protected and their right to worship and practice their faith is guaranteed.  The Government of Pakistan must act immediately and punish these culprits to save the image of Islam and the image of their own country, which they profess to be an Islamic democratic state.  Most importantly, the Government of Pakistan should ensure that all citizens enjoy freedom of religion and equal citizen rights as stipulated in the Constitution of Pakistan Article 20 and United Nations Universal Declaration of Human Rights Article 2, 18.