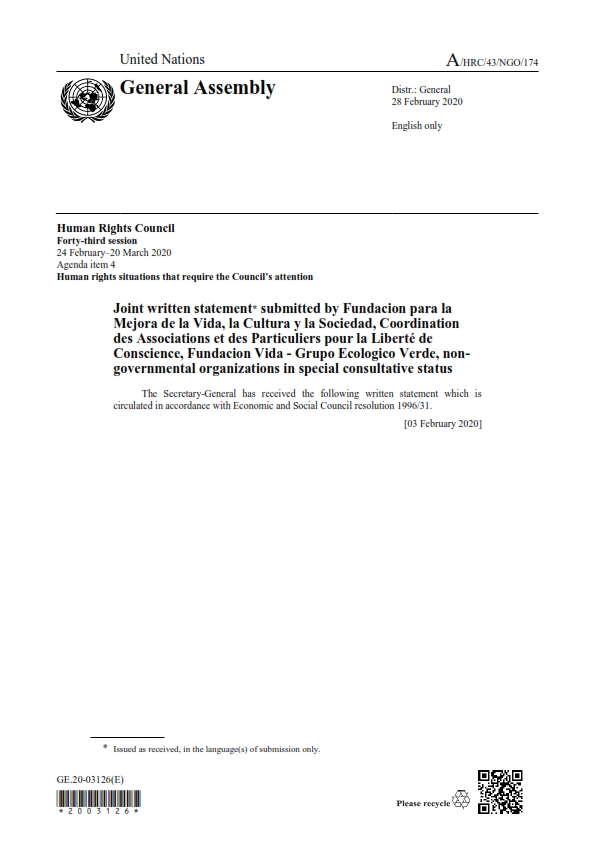 In view of the prolonged discrimination and attacks to the human dignity of individuals believers of the religious minority of Scientology in Germany, we recommend: