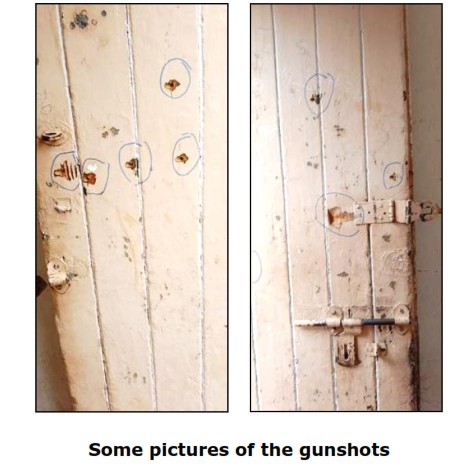 A trail of brutal attacks on Ahmadis in Peshawar have continued in recent months. Four Ahmadis have been killed and several face serious threats to their lives. In a traumatizing incident, around midnight on 13 March, three Ahmadi households in the area of BAZID KHEL, Peshawar, were attacked by armed infiltrators who raided the premises and terrified the occupant with gunfire. Miraculously, no one was harmed in this horrific incident. The three afflicted families were peaceful members of the local community an always very helpful.

The matter of the fact is that there is alarming increase in hate campaign activities against the Ahmadiyya community in Pakistan in general and Peshawar in particular. The killing and murder of Ahmadis has become a norm in Pakistan of which the government hardly takes any notice. Threats and attempts to kill Ahmadis have been on the increase almost in every part of Pakistan.

On 11 February 2021 in the same area of Peshawar a 65 year old Abdul Qadir was shot dead at the doorstep of a medical centre. Shortly after Mr Abdul Qadir’s killing, an unprovoked hate campaign was launched against the community in Peshawar. On 25 February a procession that took place in the city became violent against Ahmadis and several were assaulted.  The participants of the procession demanded that all Ahmadis be expelled from the city of Peshawar.

These attacks, hostile processions and threats are creating a sense of deep insecurity amongst members of the community while the Ahmadis everywhere in Pakistan are living in a deep atmosphere of fear.

Once again, we urge the international community to impress upon the Government of Pakistan to honour its responsibility to provide effective protection and freedom of religious practice to Ahmadis and that perpetrators of such vicious attacks should be brought to justice, to bring its laws and practices in conformity with international standards as ordained by UDHR and ICCPR.