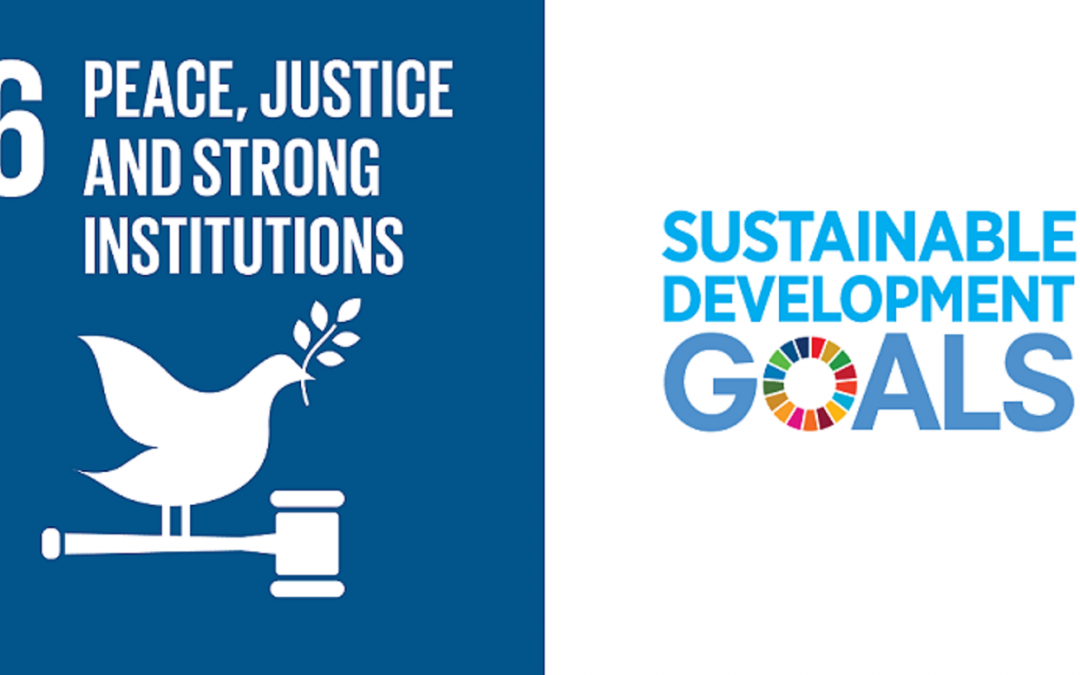 Submission: Violence and Discrimination Against Members of Shincheonji in South Korea

In South Korea, a strong opposition to Shincheonji exists, fueled by fundamentalist and conservative Christian churches, who accuse the movement of “heresy” and “sheep stealing,” and have often resorted to violence against it. Shincheonji has, indeed, a peculiar theology, and identifies its leader with the “promised pastor” of the Christian Book of Revelation, who will lead humans into the Millennium, an imminent kingdom of peace without suffering and death. Such millenarian movements are often unpopular with other Christians, particularly when, as it is the case with Shincheonji, they grow rapidly by converting members of other Christian churches.

Theological criticism should not, however, lead to discrimination and violence. In South Korea, young women and men are being kidnapped by their parents, detained, and submitted to pressure and violence to abandon their religion and be forcibly converted back to the faith of their parents, in general a conservative form of Protestantism.

Deprogramming was a popular practice in the US in the 1970s. Parents complained that their adult children had been “brainwashed” by cults and hired professionals to abduct them and keep them confined and “counter-brainwashed,” until they renounced the “cult.” By the 1990s, the practice had been reduced to a few isolated incidents after scholars rejected the theory of brainwashing as pseudo-scientific, and the American courts decided deprogramming was illegal. It took more time for European and Japanese courts to come to the same conclusion, but the European Court of Human Rights and the Japanese Supreme Court eventually intervened, and effectively outlawed deprogramming in Europe and Japan too.

In democratic countries, deprogramming currently survives only in South Korea, with thousands of cases. Victims are abducted and confined by the parents, and deprogrammed by Protestant pastors who work as professional deprogrammers.

A dozen of groups labelled by their opponents as “cults” are victims of deprogramming but the most targeted, with more than 2,000 cases, is Shincheonji. In 2018, a female Shincheonji member, Gu Ji-In, died as a cause of the second attempt at deprogramming her, after the first had failed. As she tried to escape, her father bound and gagged her, causing suffocation. As a result, members of Shincheonji and other groups took to the street in massive demonstrations.

The U.S. Department of State reported in its Report on Religious Freedom published in 2019, and covering events of 2018, that, “In January, following reports that parents killed their daughter while attempting to force her to convert from what the parents viewed as a cult to their own Christian denomination. 120,000 citizens gathered in Seoul and elsewhere to protest against coercive conversion, reportedly conducted by some Christian pastors.  The protestors criticized the government and churches for remaining silent on the issue and demanded action” (U.S. Department of State 2019).

Nevertheless, deprogramming continues, with numerous instances of violence and even attempts to confine abducted Shincheonji members in psychiatric hospitals. In 2019 only, Shincheonji has documented 72 cases of attempted deprogramming.

Although inclined to regard them as “family affairs” they should not interfere with, Korean courts sometimes convict the parents—despite their adult children’s reluctance to denounce them in the context of a society where family is paramount—but never the deprogrammers, who normally do not participate in the kidnappings but instigate them, pocket sums that are in some cases exorbitant for their services, and are clearly accomplice to the unlawful detention.

We respectfully suggest that deprogramming of members of minority religions, including of Shincheonji, in South Korea is an egregious example of intolerance and discrimination, and that South Korean authorities should be asked to put a halt to this practice (for more details, see Fautré 2020a, Fautré 2020b).

On February 7, 2020, a female member of Shincheonji from Daegu, South Korea, was hospitalized after a car accident. While in the hospital, she had symptoms of what was identified as a common cold. She insists that nobody mentioned coronavirus as a possibility to her, nor suggested a test. Only on February 18, after her symptoms worsened, she was diagnosed with pneumonia, then tested for COVID-19 and found positive. She was designated as Patient 31, and, before being diagnosed, had attended several functions of Shincheonji. As a result, she became the origin of hundreds of new infection cases, most of them involving fellow members of Shincheonji. Some Korean media claimed she has refused to be tested before, but there is no evidence of this, and Patient 18 firmly denies this was the case (for more details, see Introvigne et al. 2020).

Shincheonji’s leaders in Daegu learned that Patient 31 was infected at 9 a.m. on February 18. The same day, Shincheonji closed all its centers in Daegu, and recommended that all its members there avoid also private gatherings and meetings, and go into self-quarantine. Later in the day, orders were issued to close all churches and mission centers throughout South Korea, and services continued only via the Internet. Shincheonji also suspended services and events abroad on February 22 and all forms of meetings, activities, or gatherings in all countries on February 26.

On February 19, South Korean President Moon Jae-In stated that the government needed a full list of members of Shincheonji. National lists were handed in six days from the request, on February 25. Due to the widespread opposition against the movement, being identified as a member of Shincheonji may lead to be ridiculed, beaten, and to lose one’s job. It is thus not surprising that individual members were reluctant to disclose to their co-workers or employers their membership in Shincheonji. The movement, however, instructed all members to cooperate with the authority and submit to COVID-19 tests.

The government objected that the list of February 25 included less members than those mentioned in Shincheonji’s official statistics. But the latter also count foreign members, and Shincheonji had understood that the government needed only data about members in South Korea. Why exactly Korean authorities need to know the names of Shincheonji members in Europe or North America is unclear but, when they asked for the lists of foreign members, they received them as well.

The main problem concerned “students,” which is the name Shincheonji uses for people that are not members of the church but attend courses and other activities in the mission centers and may (or may not) one day join the church. Shincheonji had records of 54,176 such “students” in South Korea and 10,951 abroad. It also had serious privacy concerns about them. Notwithstanding the promises of the authorities, some member identities had been exposed. This was bad enough, but if one becomes a member of Shincheonji in South Korea, he or she is aware of the risks this involves. The same is not true for “students.” In fact, they may evaluate the risks and decide not to join—and of course the risks are higher now after anti-Shincheonji hostility peaked with the virus crisis. Shincheonji’s hesitation in disclosing the names of “students” was thus understandable. It is also understandable that health authorities believed that those who attended Shincheonji centers were all equally at risk to be infected, be they members or “students.” On February 27, the KCDC formally requested the list of “students,” and undertake to assume legal responsibility for any possible breach of privacy and related consequences. The list was handed the same day.

All this work involved communicating to the government lists involving some 300,000 names and addresses. That the exercise might have been entirely free of mistakes was beyond human possibilities. Local authorities raided Shincheonji premises with great fanfare, claiming they were looking for the “real” lists. When they compared the lists seized in the raids and those they had received from Shincheonji, however, they found only minor discrepancies, and admitted publicly that the movement had not tried to deceive them.

Parallel problems concerned the government’s request of a full list of real estate owned or rented by Shincheonji. Shincheonji supplied initially a list of 1,100 properties, which the authorities objected to as been incomplete. They also complained that some addresses were wrong, and in fact further investigation by Shincheonji found that 23 of the listed properties had been shut down. Later, Shincheonji reported that the total number of properties owned or rented was 1,903, including the 23 shut down, but this number included parcels of land, warehouses, and private houses and shops owned and rented that were not used by Shincheonji members for any gathering or meeting.

On March 2, 2020, the leader of Shincheonji, Chairman Lee Man-hee, held a press conference, in which he apologized for the mistakes Shincheonji might have committed. Mistakes, however, should not be confused with crimes. Shincheonji could have answered some requests of the authorities in a quicker and better way, but it operated under extreme pressure and in very difficult circumstances.

As for the individual members of Shincheonji who did not volunteer to disclose their affiliation with the movement until the authorities arrived at them through the list, and tried to hide it to the bitter end notwithstanding the movement’s instruction called for cooperation, before judging their behavior one should consider that they were risking their jobs.

And perhaps their lives. In Ulsan, on February 26, a Shincheonji female member died after falling from a window on the 7th floor of the building where she lived. The incident occurred where her husband, who had a history of domestic violence, was attacking her and trying to compel her to leave Shincheonji. The police are still investigating possible foul play.

This lethal incident is just the tip of an iceberg. After the case of Patient 31, more than 6,000 instances of discriminations against Shincheonji members occurred in South Korea, and the number continues to grow. Being identified as a member of Shincheonji leads to the serious risk of being harassed, bullied, beaten, or fired from one’s job.

In addition, local politicians and hostile media (sometimes relying on false information supplied by disgruntled former members of the movement) went even further, threatening or starting legal actions aimed at stripping Shincheonji and its related (but independent) charitable and cultural organizations of their legal status, closing its places and worship, and achieving what opponents have not achieved in years of discrimination and violence, i.e. halt Shincheonji’s growth in South Korea.

In a document published in March 2020, the U.S. Commission on International Religious Freedom, a bipartisan body whose members are appointed by the President of the United States and the congressional leaders of both political parties, noted that, “Shincheonji was suffering harassment from the South Korean government and society. Although some government measures appeared to be driven by legitimate public health concerns, others appeared to exaggerate the church’s role in the outbreak. The government of Seoul locked down Shincheonji churches in the capital, and some mainline Protestant groups have accused the church of deliberately spreading the disease. Local prosecutors are investigating criminal charges against Lee Man-hee for homicide by ‘willful negligence.’ USCIRF has received reports of individuals encountering discrimination at work and spousal abuse because of their affiliation with the church. Meanwhile, a petition to ban the church has received more than 1.2 million signatures. Despite this, Vice Minister of Health Kim Kang-lip has publicly stated that the Shincheonji church has cooperated with authorities” (U.S. Commission on International Religious Freedom 2020b, 3).

On February 6, the same USCIRF had issued a declaration stating that, “USCIRF is concerned by reports that Shincheonji church members are been blamed for the spread of #coronavirus. We urge the South Korean authorities to condemn scapegoating and to respect the religious freedom as it responds to the outbreak” (U.S Commission on International Religious Freedom 2020a). We wholeheartedly subscribe to this conclusion and appeal. The virus cannot be an excuse to violate the human rights and religious liberty of hundreds of thousands of believers. Intolerance, violence, and discrimination against Shincheonji should be put to an end.