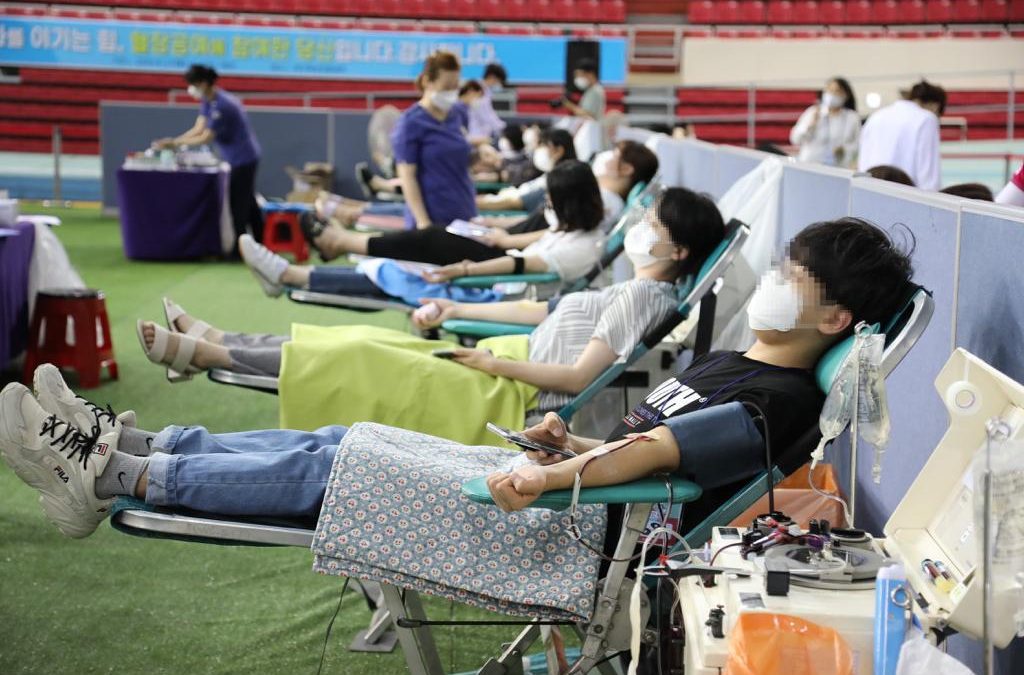 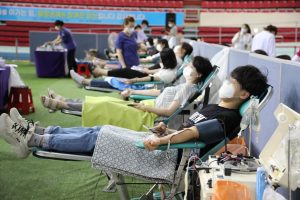 Eileen Barker, Europe’s most senior scholar of new religions, notes in her entry “New Religious Movements” in the 2020 SAGE Encyclopedia of the Sociology of Religions, that “one does not often see reports of the charitable work in which many of the NRMs engage,” even if it is sometimes “outstanding.” That this happens, is evidence of the phenomenon social scientists call “gatekeeping.” For different reasons, the media filters out news that do not correspond to certain agendas or established stereotypes. New religious movements, derogatorily identified as “cults” are by definition malignant, and cannot do anything good.

There are two ways gatekeeping works in this field. First, charitable deeds performed by new religious movements are ignored, or get much less coverage than their alleged wrongdoings. Second, when their good work is just too visible to be ignored, it is reluctantly reported, but immediately interpreted as motivated by a hidden agenda.

The media often claim that humanitarian activities carried out by new religious movements are “fronts” for public relations, or for converting others under the false pretext of helping. This “paradigm of suspicion” may be criticized on two accounts. First, it is in turn suspicious that critics do not raise these objections when good deeds are performed by the Catholic Church, the Methodists, or other mainline religious organizations. In these cases, it is understood that their good work is done in good faith, out of a sincere desire for a better world, rather than for self-promotion purposes. Only the activities of new religious movements are accused of dissimulating hidden motivations. 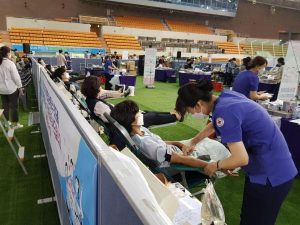 A vicious circle is thus created. If new religious movements only spend their time in missionary activities, it is objected that this is typical of “cults,” which devote all their energies to proselytization, while “real” religions help suffering human beings. But, if new religious movements engage in charitable, social, or health activities, it is argued that these are only “fronts” and public relations exercises.

In the case of Shincheonji, one of the largest Korean Christian new religious movements, the “paradigm of suspicion” was constantly used to dismiss and criticize the activities of Heavenly Culture, World Peace, Restoration of Light (HWPL), the humanitarian and peace organization created and led by Shincheonji’s founder, Chairman Lee Man Hee. Although most speakers at international events organized by HWPL, rather than members of Shincheonji, are political and religious leaders with no interest in converting to new religions, opponents maintain that Lee uses HWPL as a proselytization tool, which is demonstrably false. The campaigns HWPL promoted in the field of peace education, cooperating with UN agencies, were non-sectarian and certainly not aimed at proselytization on behalf of Shincheonji, and the same is true for other HWPL campaigns and events. 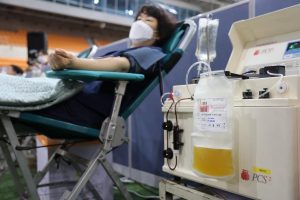 During the COVID-19 pandemic, Shincheonji was accused of negligence in cooperating with the authorities after one of its female members in the South Korean city of Daegu, before being diagnosed with the virus, infected directly or indirectly thousands of co-religionists. This set in motion a chain of events that eventually led to the arrest of Chairman Lee and other Shincheonji leaders. As we have argued elsewhere, the reaction by the authorities has been so disproportionate that the suspicion that COVID-19 was used as a pretext to hit a movement unpopular among both fundamentalist Protestants, an important electoral constituency in South Korea, and the current South Korean political leadership, which is afraid of criticism by Christian churches in general for both its domestic and foreign policy, is difficult to escape.

Late August and September 2020 saw a new and significant development. The plasma of those who have been infected with COVID-19 and have recovered contains naturally formed antibodies and may work as a “natural vaccine,” which would at least lower the risk of death among those hit by the virus. In South Korea, this possibility has been identified and studied early, yet not many donors have been willing to cooperate. On July 12, media reported that, “out of some 12,000 recovered COVID-19 patients who could donate blood for the cause, just 361 have so far shown interest and only 171 had volunteered.”

In March already, Shincheonji had announced that his members who had contracted the virus and had recovered were ready to become plasma donors. At that time, the offer was ignored. In September, however, when plasma of recovered COVID-19 patients was both in high demand and scarce, the availability of Shincheonji members to donate plasma met with gratitude. As of September 6, more than 1,600 Shincheonji members who went through the cycle of infection and recovery had donated their plasma.

This generous availability was mentioned by some domestic and international media, including the BBC, but the number of media reports was low when compared to the hundreds of articles that in March had exposed Shincheonji, quite inaccurately, as a cult of plague-spreaders. 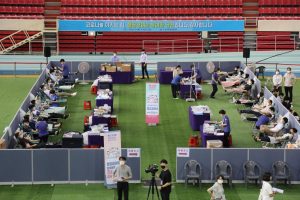 Slowly, however, the story became too newsworthy to be ignored. While very few recovered COVID-19 patients in South Korea had volunteered to donate plasma, those from Shincheonji willing to cooperate where in the thousands and growing. Opponents, thus, mobilized the second tool of gatekeeping. While the Shincheonji plasma donation story was impossible to ignore, critics argued that it was a public relations exercise, and a way to divert attention from the previous alleged non-cooperation with the authorities. It is true that some Korean media changed their attitude after a new wave of COVID-19 cases hit the Sarang Jeil Church in Seoul, a conservative Evangelical church led by Pastor Jun Kwang-hoon. They confronted the attitudes of Sarang Jeil and Shincheonji, and correctly concluded that the latter had been much more cooperative with the health authorities than the former. Other media, however, continued to dismiss Shincheonji’s plasma donations as propaganda.

This was grossly unfair, and indicative of the critics’ prejudice. As the meager results of previous appeals proved, South Korean citizens (as it happened in other countries) are generally reluctant to donate plasma. Side effects such as fatigue, dehydration, and dizziness may exist. Also, in times of COVID-19 hospitals and health facilities in general are often regarded as dangerous places.

Confronted with this situation, why did so many Shincheonji members who had recovered from COVID-19 volunteer to donate plasma? It is true that we cannot exclude a willingness to publicly state that they are good South Korean citizens, unfairly maligned and depicted as anti-social and sinister by the media and some politicians. But there should be more.

Shincheonji teaches that we live in the times described in the Bible in the Book of Revelation, and will soon enter a glorious Millennium. While God would be able to usher in the Millennium without human help, he prefers to seek our cooperation. Acts of charity and kindness, Shincheonji devotees believe, have cosmic consequences, well beyond the limited mundane aim of improving the image of their religion.

It is for this reason that thousands of them have volunteered for the peace education and other campaigns of HWPL. And it is also for this reason that thousands rush to donate their plasma. One of the negative effects of gatekeeping applied to unpopular millenarian religions is that it leaves out the essential. Those who believe that the Millennium is at hand, and that God asks our cooperation in creating his kingdom, do not need other motivations to perform charitable, humanitarian deeds that benefit society in general, including those who regard the Millennium as a delusion.