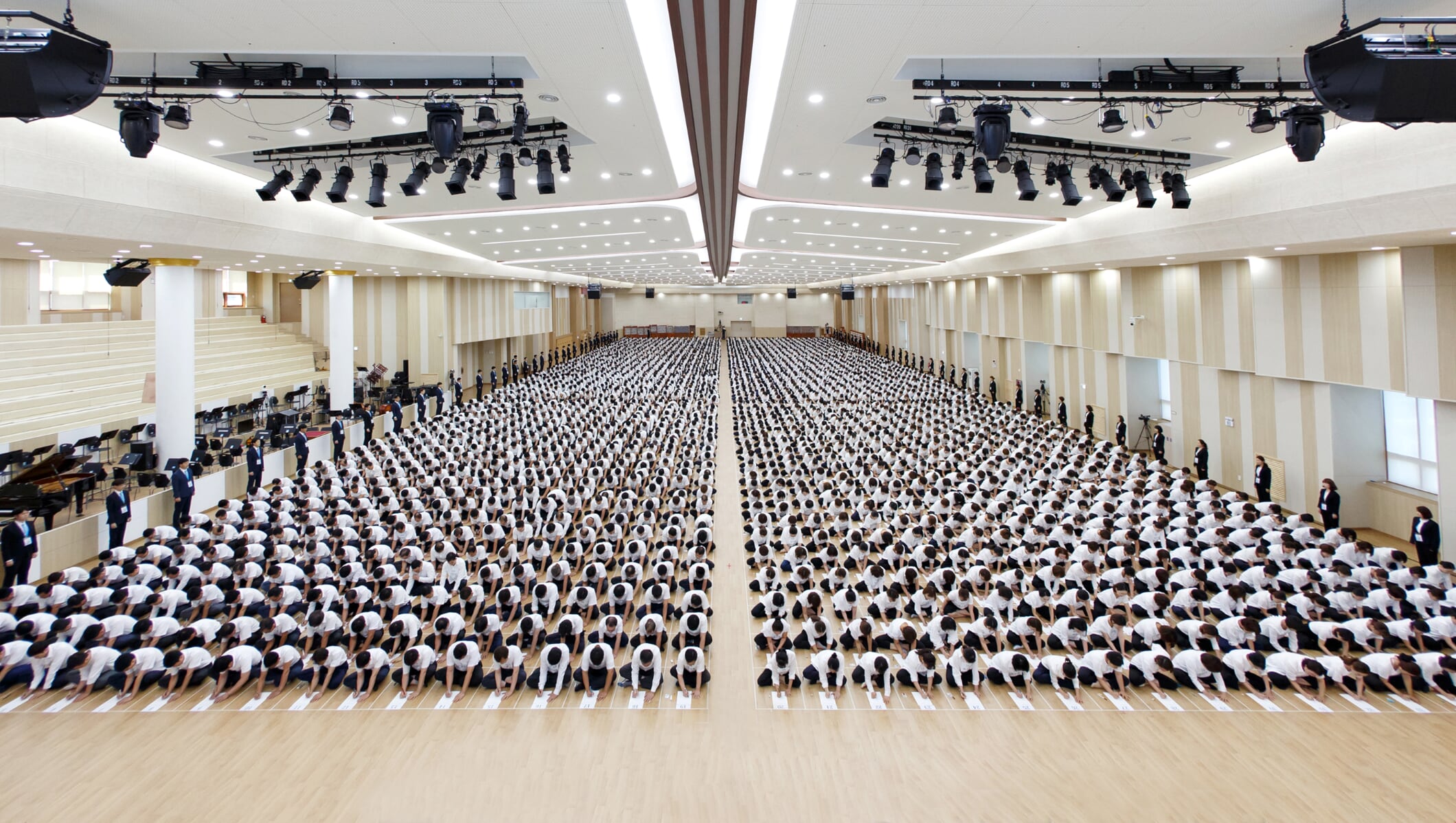 We represent international NGOs specialized in the defense of religious liberty. We are deeply concerned with a growing number of instances of intolerance and discrimination against Shincheonji, a South Korean new religious movement, after a number of its members were diagnosed with COVID-19.

Shincheonji is a South Korean Christian new religious movement, founded by a Korean preacher called Lee Man Hee. Chairman Lee, as its members call him, is not regarded as God nor as the second coming of Jesus, but as the promised pastor who will lead humanity into the kingdom of peace that many Christians call the Millennium. Shincheonji has experienced a rapid growth in the last decades, and now has more than 200,000 members.

Arch-conservative and fundamentalist Protestantism, marginal in other countries, is the largest segment of Protestant Christianity in South Korea and a powerful voting bloc. It has promoted virulent campaigns against minorities it has labeled as “cults,” as well as against Roman Catholics, homosexuals, and Muslim immigrants and refugees. Shincheonji has been particularly targeted, for the good reason that its growth has largely happened by converting members of conservative and fundamentalist Protestant churches.

Several thousand Shincheonji members have been kidnapped by or on behalf of their parents and detained in order to compel them to renounce their faith through deprogramming. After, on January 9, 2018, a Shincheonji member, Ms. Gu Ji-in, was strangled while she tried to escape deprogramming and died, more than 120,000 Koreans took to the street, calling for an halt to the practice. The protests were mentioned in the 2019 U.S. State Department Report on Religious Freedom, including violations of religious freedom in the year 2018. However, deprogramming continues, and the opponents have also succeeded in creating a demonized image of Shincheonji in some South Korean media.

Patient 31 in the coronavirus crisis in South Korea is a female member of Shincheonji from Daegu. She was not aware of her condition and was diagnosed as positive to the virus only when hospitalized after a car accident. Meanwhile, she had attended several Shincheonji events, which led to spreading the virus to co-religionists, who now account for a significant percentage of those infected in South Korea. Coronavirus had spread to South Korea before Patient 31, and Daegu had just welcomed 1,000 Chinese students in school trip, notwithstanding widespread appeals by the medical community to prevent travelers from China from entering the country.

After Patient 31’s condition became known, Shincheonji halted its religious gatherings all over the country, and supplied to the authorities the list of all its more than 200,000 members in South Korea. It also tested all its members at its own expenses. Some authorities have complained that lists were not complete, and some misunderstandings occurred. Foreign members were not included, and originally Shincheonji supplied what was requested, i.e. a list of its members, not including persons, called by them “students,” who have expressed an initial interest in Shincheonji and visit its centers, but are not members. When the authorities requested the lists of students too, they were supplied.

All this happened in a chaotic climate characterized by widespread panic, and it is well possible that mistakes happened. However, some Korean politicians scapegoated Shincheonji for the virus epidemic, perhaps to dodge accusations against their own mishandling of the crisis. South Korea will have general elections on April 15, and blaming Shincheonji is a convenient way both to avoid a wider debate on how the authorities handled the epidemic and to court the bloc vote of fundamentalist Protestants, for whom combating Shincheonji is high on the agenda.

Fundamentalist Protestants are also spreading fake news about Shincheonji and the virus. They include claims that infected Shincheonji members were told not to report to the hospitals (the opposite is true), that the church believes that its members cannot really be infected as they are protected by God (in fact, this has rather been claimed by some of the very fundamentalist churches that attack Shincheonji), that devotees regard infection as something good as the suffering can be offered to the Lord (a position found in some forms of old Catholic mysticism, but totally foreign to Shincheonji’s Protestant background), and even that infected Shincheonji members go around and try to infect others. These are all fake news, and the latter is an old claim against minorities in times of epidemics often used against the Jews, but spreading them is dangerous and irresponsible and may lead to violence.

In Daegu, government workers who were distributing masks were beaten, after a SMS chain told the population that they were Shincheonji members trying to infect others. In Ulsan, on February 26, a Shincheonji female member died after “falling” from a window on the 7th floor of the building where she lived. The incident occurred where her husband, who had a history of domestic violence, was attacking her and trying to compel her to leave Shincheonji. The police is investigating possible foul play.

Rather than apologizing for their responsibilities in all this, fundamentalists call for the dissolution of Shincheonji and the criminal prosecution of its leaders, with the (pre-electoral) support of some politicians.

The hysteria is growing every day, further violence is easy to predict, and we believe that the only way of stopping it is internationalizing the crisis. We call on the United Nations, the United States, and all friends of religious liberty internationally to ask that the South Korean government, while continuing its efforts to contain the coronavirus crisis, takes appropriate measure to prevent intolerance, discrimination, and violence against members of Shincheonji.