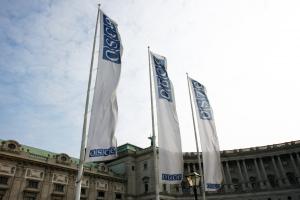 Created over ten years ago to fight against discrimination of religious or belief minorities in France, the Coordination of Associations and Individuals for Freedom of Conscience which I am representing wants to express its deepest concern after the publication last October of the guide “The Protection of Minors against Sectarian Drifts” by the Inter-ministerial Mission of Vigilance and Fight against Sectarian Drifts (MIVILUDES).

According to this guide, a child born in a family in which the parents are followers of a religious minority, is immersed in their beliefs, which for MIVILUDES can be analyzed as a symbolic confinement in the family. For MIVILUDES, the world of the grown-ups imposes itself to the child as a reference in terms of behaviour, values, ideas and beliefs. Under constant construction, the future identity of the child will thus be deeply marked according to MIVILUDES by the beliefs of his parents.

For the children whose parents belong to religious minorities it derogatorily refers to as “sectarian movements”, it therefore recommends that they be reported to the authorities who will launch an investigation, and this based on the mere existence of a risk and not anymore on the basis of a recognized danger for the child. It also recommends that non follower parents be given priority in terms of custody in divorce matters. It recommends that the Public Prosecutor issues an interim fostering order to have minors institutionalized without the consent of their parents in order to assess the potential danger and risks for their physical and psychological integrity.

Any conversion to new or minority creeds is therefore considered by MIVILUDES as the result of undue influence against which the children of followers should be protected.

This position and the recommendations made by MIVILUDES represent an infringement of the parents’ right to educate their children according to their own convictions, guaranteed by Protocol n°1 of the European Convention on Human Rights and Fundamental Freedoms, the International Covenant on Civil and Political Rights and the Helsinki Accords.

The United Nations Special Rapporteur on Freedom of Religion or Belief had noted in her report on France in March 2006 that the policy and measures that had been adopted by the French authorities had provoked situations where the right to freedom of religion or belief of members of groups labelled as “sectarian” had been unduly limited. She had added that the stigmatization of their members had led to certain forms of discrimination, in particular vis-à-vis their children and she had expressed the hope that future actions of MIVILUDES would be in line with the right to freedom of religion or belief and avoid past mistakes.

Far from conforming to these recommendations, MIVILUDES has taken a step forward in its policy of discrimination by publishing a guide for youth professionals inciting them to denounce the children whose parents would belong to a so-called “sectarian” movement.

We solicit the help of OSCE representatives to intervene with the French authorities and put an end to this policy of intolerance and harassment of minorities of religion or belief. Thank you.