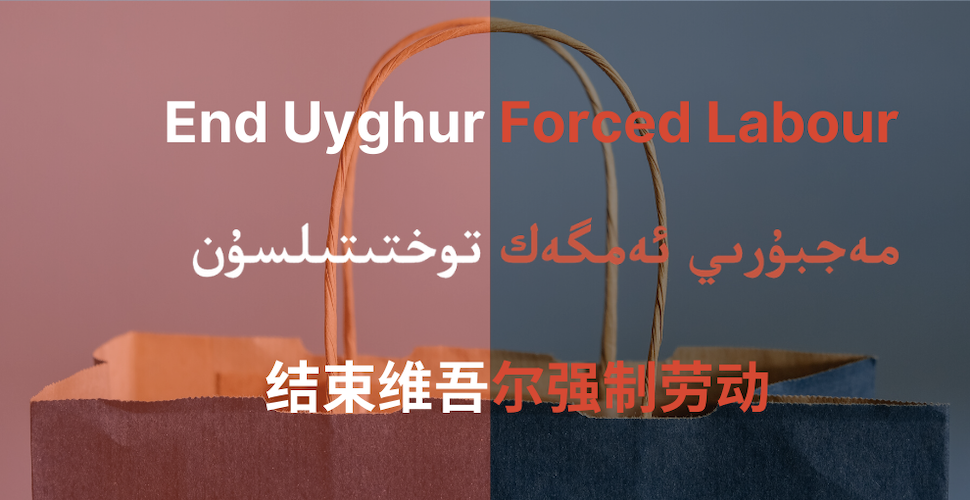 We write as an informal coalition of organizations and individual scholars, religious leaders, human rights advocates and practitioners to ask you to co-sponsor the Uyghur Forced Labor Prevention Act, (H.R. 6210 or S. 3471), to ensure that American product supply chains are not funding the Chinese government’s oppression of the Uyghurs and other Muslim groups in Xinjiang.

Forced labor programs are a chilling component of the Chinese Communist Party’s (CCP) brutal campaign of repression of Xinjiang’s Muslims’ religious freedoms. China’s government is estimated to imprison over one million Muslims in “reeducation” camps where they face separation from their families, indoctrination, and torture. Unfortunately, the nightmare for many of these Muslims does not end at the walls of the camps. Chinese government officials coerce many former camp prisoners and local Muslim residents to work in government approved factories and other workplaces as part of their larger campaign to destroy their cultural identity and bring them under the complete control of the state.

Congress should ensure that American dollars are not funding this oppression through the importation of products made by forced labor from the Xinjiang Region. The New York Times reported that the products made off the backs of these oppressed people are going into several global supply chains of products such as textiles and personal protective equipment that are being sold to consumers in the United States.

Support for action on this issue comes from diverse and influential organizations, such as those united under the Coalition to End Forced Labour in the Uyghur Region (EFLUR). Endorsing members of the coalition are ideologically diverse and represent many different sectors. They include over 200 groups, including advocacy, anti-slavery, labor rights, legal aid, human rights organizations, and unions, among them, the AFL-CIO, Uyghur Human Rights Project, Victims of Communism Memorial Foundation, Clean Clothes Campaign, and Lantos Foundation for Human Rights & Justice, and Human Rights Watch.

We join all of the endorsing organizations of the EFLUR coaltion, adding our voices as religious freedom advocates, in calling for ending the tainting of American supply chains with the forced labor of Uyghur people, a policy the CCP has pursued as a tool targeting ethnic and religious
minorities in violation of their Article 18 freedom of religion or belief rights, as defined by the Universal Declaration of Human Rights.

The Uyghur Forced Labor Prevention Act would safeguard American consumers from unwittingly supporting the CCP’s oppression. Key provisions of the act would create the presumption that goods produced in the Xinjiang Region are made with forced labor and prohibited from importation into the U.S. under the Tariff Act of 1930, unless there is “clear and convincing evidence” that the goods were not made with forced labor. It would also hold foreign parties accountable by enabling sanctions on those who knowingly participate in the importation of the products emerging from this forced labor.

We urge you to contact the bill’s sponsor, Sen. Rubio or Rep. McGovern, to sign on as a co-sponsor to help advance this vital legislation. Your support and passage of this legislation will help ensure the integrity of America’s product supply chain and stand up for those facing religious oppression in China.

We thank you for your thoughtful consideration of this legislation.