On September 2, 2021, at around 9 PM unknown shooters. Maqsood Ahmad was a British citizen and belonged to Manchester UK. He was a Pakistan Army veteran, and an avid volleyball player. Maqsood Ahmad had retired from Pakistan army as Nike. 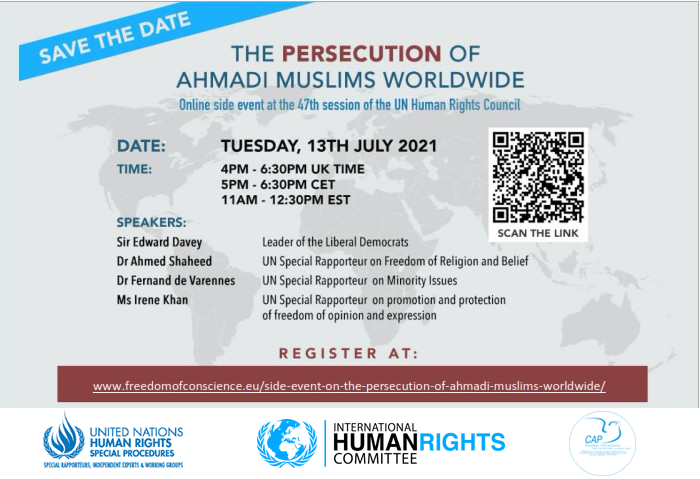 On 13 July 2021, UN human rights experts have expressed their deep concern over the lack of attention to the serious human rights violations perpetrated against the Ahmadiyya Muslim Community around the world and called on the international community to step up efforts in bringing an end to the ongoing persecution of Ahmadi Muslims.