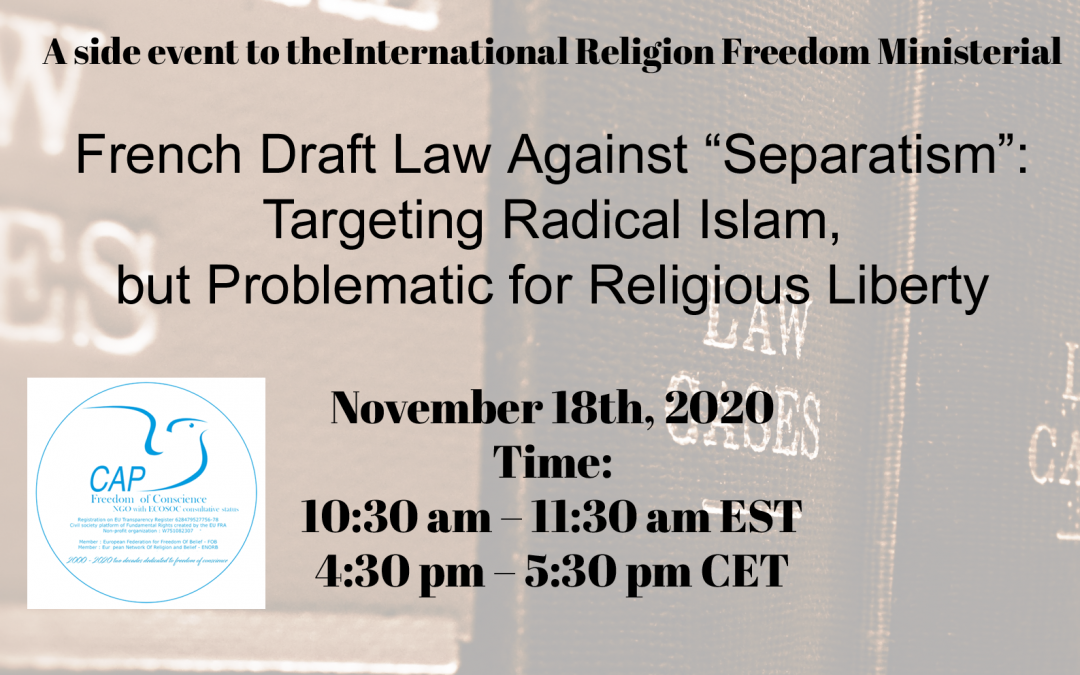 FRANCE: The proposed ‘law on separatism(s)’ should not target religion

The resurgence in attacks by radical Islamists in France, home to Europe’s largest Muslim population, has rekindled fierce debates about Islam, secularism, and discrimination. The deplorable assassinations in October 2020 of Samuel Paty, a teacher, and three Catholics in the Basilica of Nice have accelerated the political will of the authorities to adopt a law meant to tackle some of the root causes of Islamist terrorism.

France has a serious problem with radical Islam, but the draft law against “separatism” announced by President Macron may create more problems than it claims to solve.