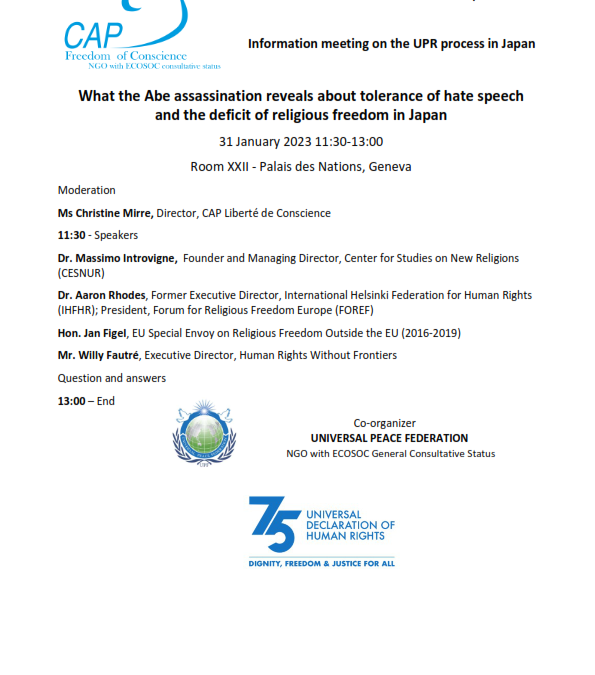 On July 8th 2022, the assassination of Shinzo Abe, by a lone assassin, caused shock and consternation in Japan and around the world, triggering a nationwide media campaign against the Unification Church, which the assassin falsely blamed for his family’s troubles. 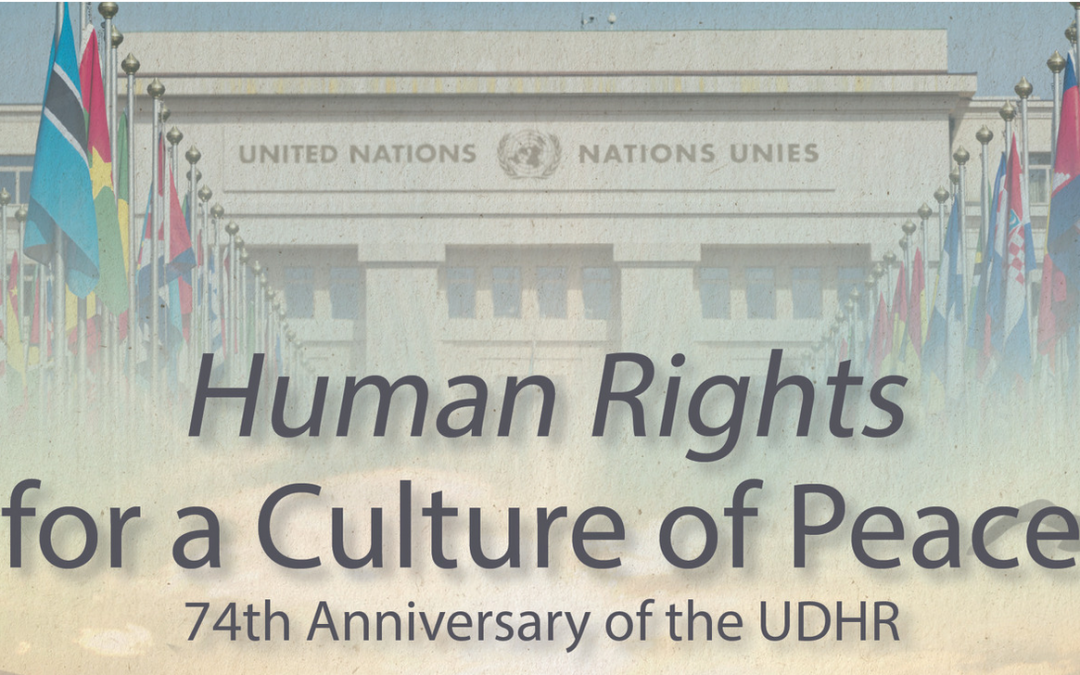 for a Culture of Peace

74th Anniversary of the UDHR