This submission outlines how Clause 9 is likely to result in an increase in citizenship deprivation orders that are incompatible with the UK’s international and domestic human rights obligations and highlights that it would allow the UK Government to retrospectively legitimise previous unlawful deprivation decisions. It recommends that Clause 9 be removed from the Bill and that the UK Government undertake not to reintroduce it in this or any other Parliamentary session.

UNITED SIKHS submitted the report to the Special Rapporteur on 2nd Dec 2022 jointly with Gurdwara Guru Nanak Darbar, London, the largest Afghan Sikh diasporic Gurdwara, and CAP Freedom of Conscience, an NGO with consultative status at the UN.

Evacuation of Religious Minorities of Afghanistan

We are a NGO that specializes in the freedom of religious minorities. This statement reports to the UN on the urgent need to evacuate the religious minorities of Afghanistan – namely the Sikhs and Hindus of Afghanistan, who face religious persecution and an immediate threat to their lives, following the takeover by the Taliban. We make this statement jointly with UNITED SIKHS, an international humanitarian and advocacy NGO that has been associated with the Department of Public Office of the United Nations, since 2007, and the Gurdwara Guru Nanak Darbar, London, UK, which serves the largest Afghan Sikh congregation in the world. 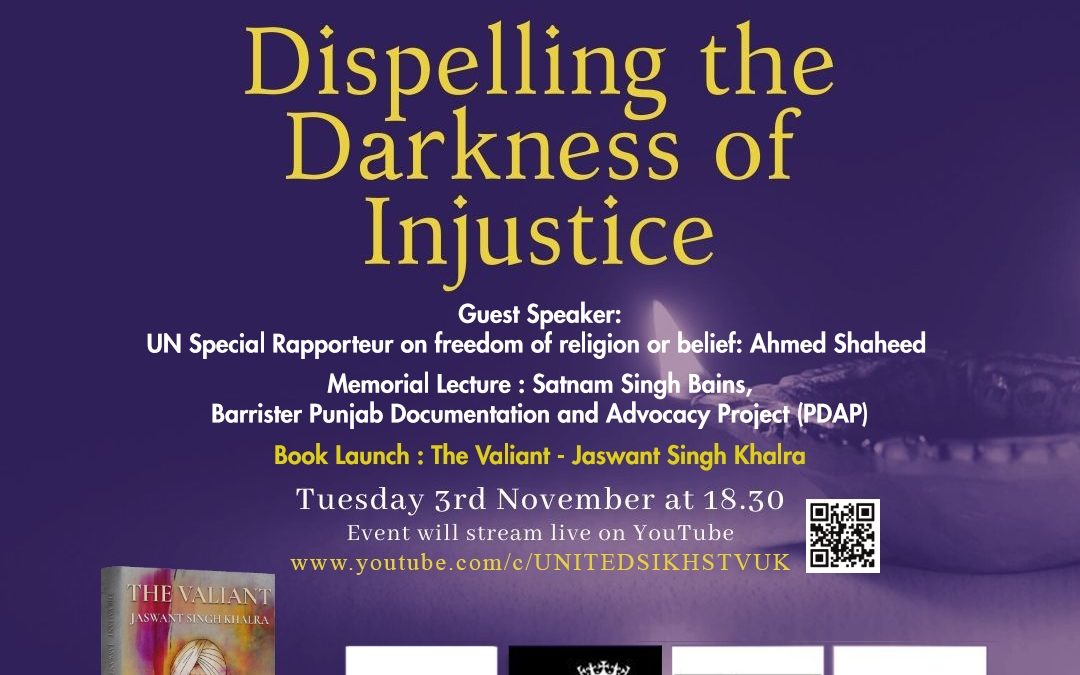 The event will comprise an address by the UN Special Rapporteur for Freedom of Religion or Belief, a Memorial Lecture on the continuing work of Khalra and the UK launch of the highly anticipated book on Khalra’s life “The Valiant”.