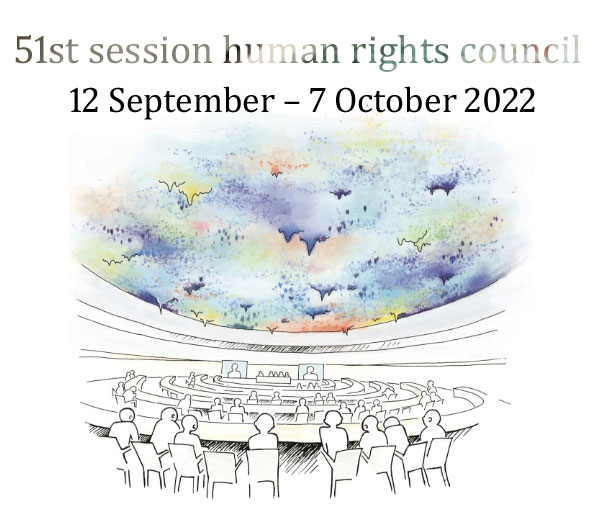 The statement mentions that scholars have recognized that corruption is a violation of human rights. “Thirteen years ago, CAP-LC states, the Maastricht Center for Human Rights in the Netherlands organized an important conference on corruption as a human rights issue, on October 22–23, 2009. The majority position at the Maastricht conference was that there is indeed a provision in international law that makes corruption a violation of human rights. It is article 2, number 1, of the International Covenant on Economic, Social and Cultural Rights.” The provision mandates that states should remove the obstacles to the full enjoyment of human rights by their citizens, and there is little doubt that corruption is such an obstacle.

GENEVA 13 July 2021 | 18 organisations and individuals released a letter to all Human Rights Council Member and Observer States condemning the choice of Somalia to replace the abrupt resignation of Sudan from the Vice-President position of the Bureau in June 2021. While Sudan has taken strides to improve human rights, most notably through the repeal of the death penalty for apostasy [the first modern country to do so] Somalia has, on the other hand, made no improvements to merit their new VP position and have rather increased religious freedom or belief violations.

REPORT OF THE HUMAN RIGHTS COUNCIL ON ITS 37TH SESSION

Coordination des associations et des particuliers pour la liberté de conscience noted
that a religious minority was undergoing trial in unacceptable conditions. The evidence had
been gathered by persons who were opposed to that religious minority. It was concerned that
Czechia had refused to listen to requests for that minority to be treated fairly, as any other
religious group in the country