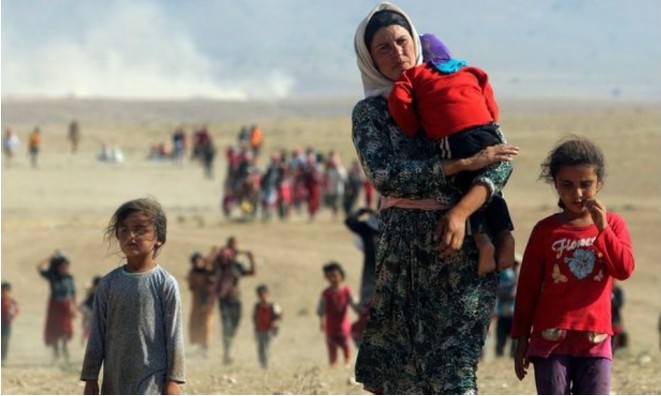 ANKARA, Turkey (AP) — Turkey took offense at a U.S. statement that said Secretary of State Mike Pompeo would promote religious freedom during an upcoming visit to Istanbul and called Wednesday on Washington to focus on racism and hate crimes in the United States instead.

The State Department said in a statement Tuesday that Pompeo would travel to Istanbul to meet with Ecumenical Patriarch Bartholomew I, the spiritual leader of the world’s Greek Orthodox Christians. The top U.S. diplomat plans to discuss religious issues in Turkey and to promote “our strong stance on religious freedom around the world,” the statement read.

Turkey’s Foreign Ministry rebuked the statement “as extremely inappropriate,” insisting that the country protects the rights of citizens of various faiths to freely practice their religions.

“It would be more advisable for the United States to look in the mirror first and to show the necessary sensitivity to human rights violations such as racism, Islamophobia and hate crimes in its own country,” the Turkish ministry said in a statement.

“Our reaction on this matter was conveyed to the U.S. side, and it was suggested that (Washington) focus on increasing cooperation between our countries on regional and global issues,” the Foreign Ministry said.

In July, Turkish President Recep Tayyip Erdogan converted Istanbul’s landmark Haghia Sophia into a mosque, ignoring calls for the former cathedral to be kept as a museum in recognition of the city’s multicultural past. The move led to accusations that the Turkish leader was trying to erase Orthodox Christians’ cultural heritage.

The structure, a United Nations world heritage site, served as one of Christendom’s most important cathedrals before being turned into a mosque with the Ottoman conquest of Constantinople and then into a museum 86 years ago.

Erdogan later also announced a decision to transform the Church of the Holy Saviour in Chora, another Byzantine-era church in Istanbul, into a mosque as well.

Turkey is also under pressure to reopen a Greek Orthodox theological school that was shut down in 1971.

Pompeo was not scheduled to meet with Turkish officials during a tour that will also take him to France, Georgia, Israel, the United Arab Emirates, Qatar, and Saudi Arabia during Nov. 13 – 23.

Re: Request to Impose Sanctions to Stop Turkey’s War Crimes in Northeast Syria and Beyond Under EO 13894